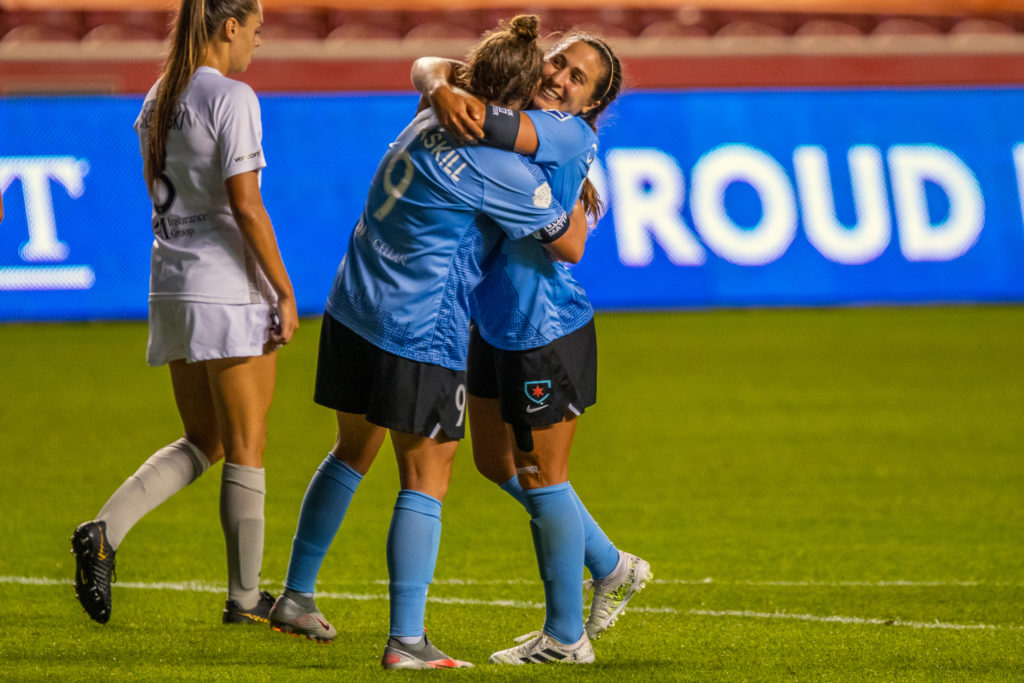 It was a scoreless afternoon for about 70 minutes at SeatGeek Stadium in Chicago, Illinois. The Chicago Red Stars hosted the Washington Spirit for another NWSL Fall Series tilt. The two sides drew 1-1, with goals from Savannah McCaskill and Crystal Thomas.

In the 72nd minute, McCaskill made the most of a cross from rookie teammate Sarah Luebbert. McCaskill did get clipped from behind and ended up colliding with Bledsoe after putting the ball in the back of the net. However, she was able to get up and continue the match.

However, the Spirit have been known for their late comebacks. In the 88th minute, Crystal Thomas scored to give the Spirit the equalizing goal. Neither side could muster up enough offense for a final, game-winning goal.

The best chances of the match all came from the Red Stars, specifically Kealia Watt.

The striker made the most of her start by creating plays, but couldn’t register any of her three shots on goal. Watt cut through Washington Spirit defenders on more than one occasion, finding the right space in Washington’s attacking half.

Now, the Spirit will re-group before taking on Sky Blue FC next Saturday at 12:30 p.m. Meanwhile, the Red Stars will have an extended break, as they will travel to New Jersey to face Sky Blue on Oct. 10, at the same time.

The @WashSpirit forward pounces on a mistake to equalize!