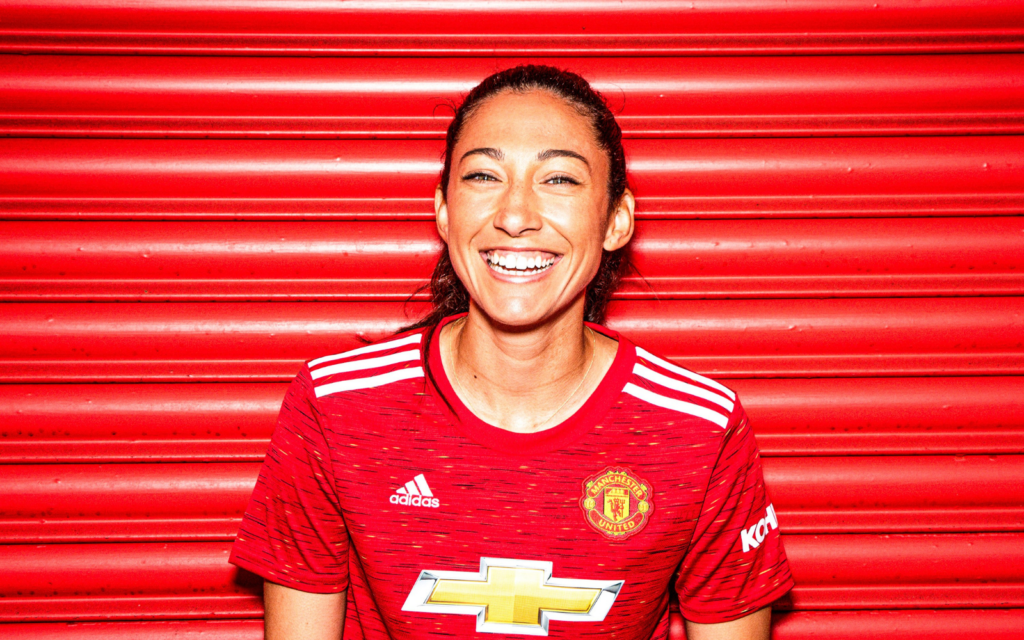 Christen Press has been here before, in Europe. Her formative club years took place in Sweden, most prominently with Tyresö, who she helped lead to a UEFA Women’s Champions League final. Press’ shining individual moment internationally came in Lyon, where she scored in the semifinal as the United States marched to a second straight World Cup title in 2019.

Now, Press is a Manchester United player, a fact nobody — Press included — could have imagined even a few short months ago.

Press arrives at Manchester United alongside United States teammate Tobin Heath. Both players skipped the 2020 National Women’s Soccer League Challenge Cup, for Utah Royals FC and Portland Thorns FC, respectively, and as summer marched on with no formal plan from the NWSL to play again in 2020, there was an increasing need to find consistent competition.

“I think, being away from the game for the last six months, it really did change my perspective,” Press said. “I was not planning to come play in Europe. Not that I was against it, but I just didn’t see that in my immediate cards, and that did change. I think there was a bit of me that was woken up from being unable to play for so long, and a little bit of that feeling that, OK, I’ve got to get back and I’ve got to get back to it quickly.”

Access the best women’s soccer coverage all year long
Start your FREE, 7-day trial of The Equalizer Extra for industry-leading reporting and insight on the USWNT, NWSL and beyond.
Subscribe
Existing Users Sign In Here
Related TopicsChristen PressExtraFA WSLFAWSLFeaturedManchester United

Tobin Heath in a Manchester United kit is a big moment by any standards
The Equalizer Extra member exclusives: Alex Morgan’s Tottenham deal and the international catching the eye of NWSL teams