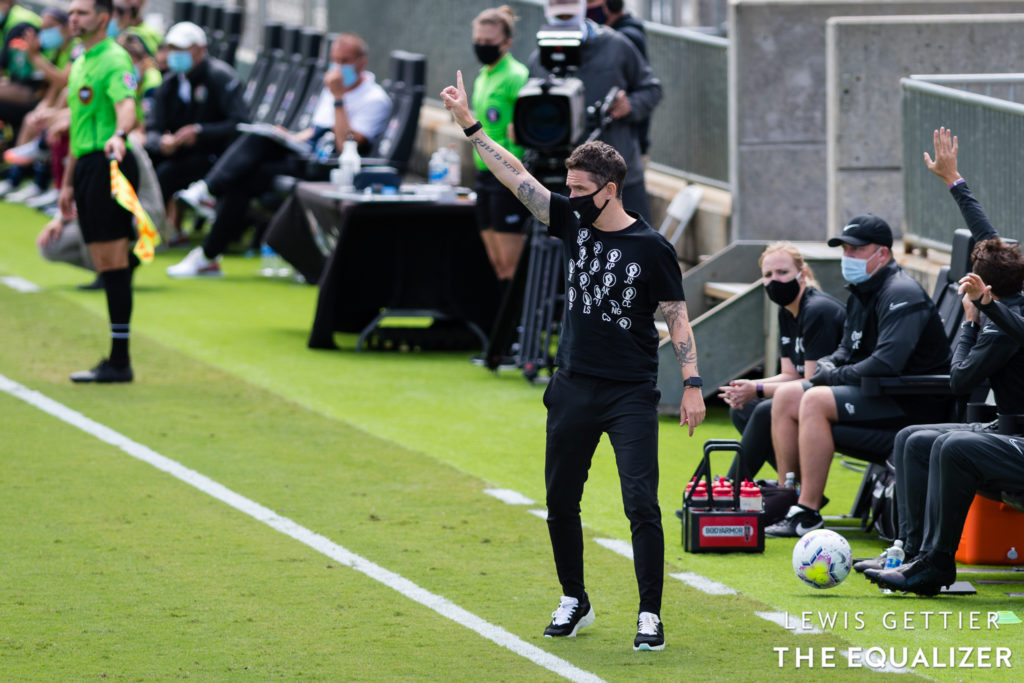 Marc Skinner is staying in Orlando for another year. The second-year head coach for the Orlando Pride had his contract option exercised through the 2021 season, along with assistant coach Carl Green.

This year has been a whirlwind for the Pride. After coming off a last-place finish in the National Women’s Soccer League in 2019, the Pride were looking to put the past behind them. However, positive COVID-19 tests among players and staff — many of which ended up being inaccurate — forced the Pride to withdraw from the 2020 NWSL Challenge Cup.

Now with the NWSL Fall Series underway, the Pride finally have a chance to right their course.

In a press release, Skinner said that he’s “delighted”  to continue building with the Pride.

“We have been working hard behind the scenes to develop a culture and ethos that fosters the growth and commitment needed to wear our iconic purple jersey,” Skinner said. “Our aims and objectives remain to support and develop our players, so that we can continue to achieve the high standards we expect of each other every single day. I look forward to working closely with Amanda [Duffy, Orlando Pride executive vice president], who is creating the structure needed to support our success on the field.”

Speaking to reporters after the news of his contract extension broke, Skinner said that the process of building up the Orlando Pride begins with establishing the culture and getting players to buy into it.

“Part of the work that we tried to achieve last year was to stabilize the club, establish a vision and put a strategy in place to continue the growth, to bring in a team that deserves to wear the purple jersey,” Skinner said on Wednesday afternoon.

A year after their last game, Orlando Pride set to roll out depleted roster

Setting a tone for the Orlando Pride

Orlando has a lot of players out on loan in Europe. However, Skinner is making sure that the culture of the team is being communicated to those Pride players in England, Cyprus, Sweden and other European nations.

“Part of what we’re trying to do is build the understanding that, as a coaching team, we’re here about making our players better,” Skinner said. “We have no egos when we do that. It’s not about my show. We prepare our team and sacrifice everything to make our players better. If they do that, then it’s much more of an essence to bind to in terms of team culture.”

Skinner said that, this week, he and his assistants are reaching out to the Pride players overseas.

“This week, we have all their videos and we’re connecting to them on a weekly basis, just to touch base,” Skinner said. “It’s really hard because they have to focus on what they’re doing there. We can have an eye on what we want them to do. We’re having that conversation between players to share what we expect of them when they come back into our culture.”

Continuing momentum through the Fall Series

The players, Skinner said, design the culture, and improvement is on his radar of course. His team is off to a good start on that front, as they surprised many by holding the North Carolina Courage to a scoreless draw last Saturday.

Next up on the docket is the Houston Dash, winners of the Challenge Cup. The two sides will kick off on Saturday at 8:30 p.m. on Twitch.

Congrats to the other Priders that made their club debuts in the second half on Saturday!