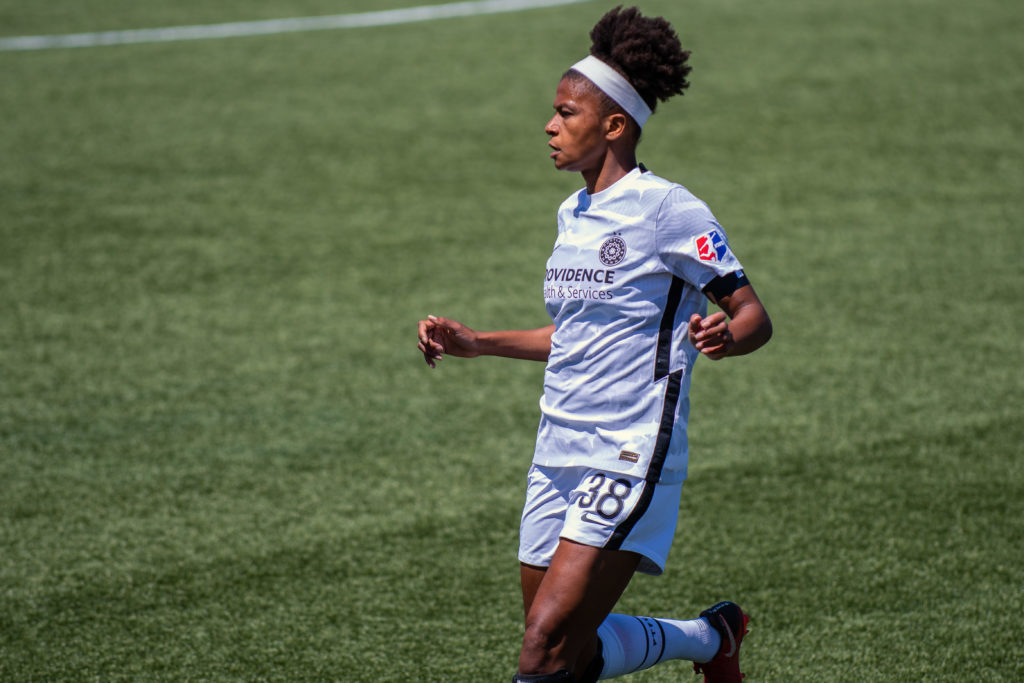 Portland, Oregon — Sophia Smith made her debut for the Portland Thorns FC in the club’s 3-0 victory over the Utah Royals FC on Sunday afternoon. Smith scored a goal in her debut, too, off a header inside the box.

Portland put up three goals against the Royals — who were without Craig Harrington and assistant coach Louis Lancaster, due to being on a leave of absence in relation to the misconduct investigation into the entire Utah Soccer Holdings teams and staff. Amy LePeilbet served as the club’s interim head coach.

A spokesperson for the Royals declined to comment about Craig Harrington being on leave of absence. Assistant coach Louis Lancaster also on leave.#NWSL

Simone Charley scored the Thorns’ first game of the match, in the 35th minute. Charley did a twist and turn move against Thorns defender Michelle Maemone and squared her shot past goalkeeper Abby Smith. Portland entered the locker rooms at the half with a 1-0 lead.

Smith’s goal in her debut came in the 72nd minute, as she put in a header from Meghan Klingenberg past Smith. Then, on the final goal, Lindsey Horan capitalized on a defensive error from the Royals and goalkeeper Smith, deflecting the ball with her body into the net in the 81st minute.

Becky Sauerbrunn also appeared in the match, marking her first time as a Thorns player at Providence Park, in the 62nd minute. Also, Gabby Seiler entered the game in the 70th minute, making her first appearance since tearing her ACL last year.

What’s next for Portland and Utah?

The Royals have a quick turnaround, facing off against OL Reign on Saturday at 3:30 p.m. EST on CBS All-Access. Meanwhile, the Thorns and Reign will make up their match that was slated for earlier this month on Sept. 30, which will air on Twitch.

Goalkeeper and defensive error from the Royals, as Lindsey Horan supplies the pressure and scores on a deflection goal. #PORvUTA | 3-0 | #NWSL pic.twitter.com/TzXL0jFMXv