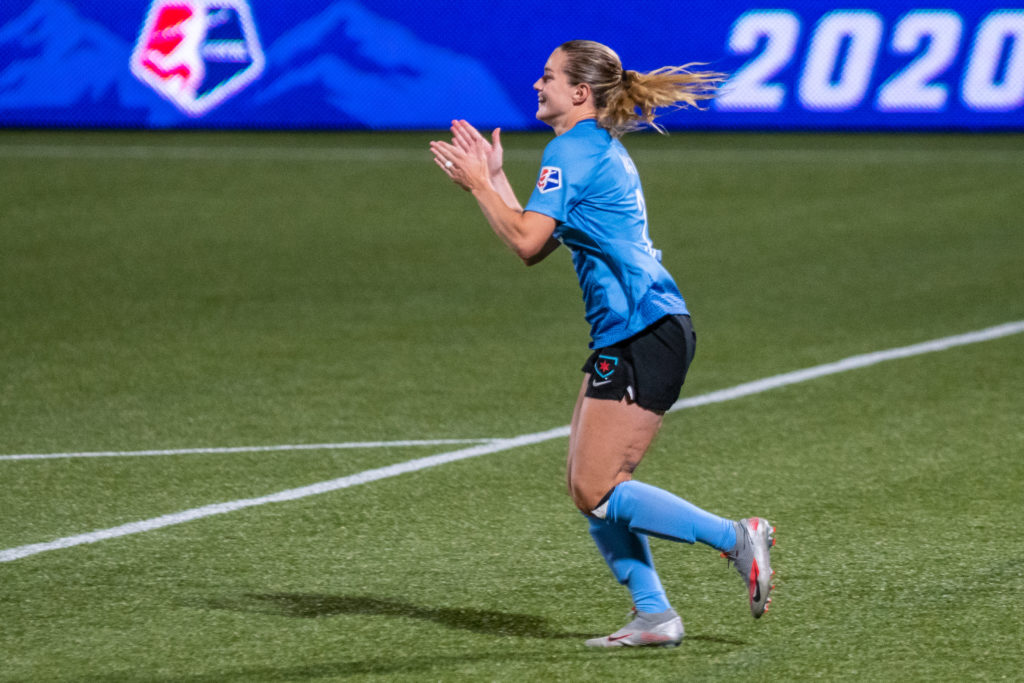 Sky Blue got off to a hot start, with Ifeoma Onumonu scoring in the 6th minute. However, after Onumonu’s goal, the New Jersey club couldn’t muster up another goal. Instead, the Chicago Red Stars went on to score four unanswered goals throughout the rest of the first half and the entirety of the second half.

DiDi Haracic was in between the sticks for Sky Blue, with head coach Freya Coombe electing to give Kailen Sheridan a rest. However, Haracic made some blunders throughout the match. On a scoring opportunity for Chicago, Haracic breathed a sigh of relief when the referee did not call a foul for a tackle on Zoey Goralski.

However, that wasn’t the only blunder.

On another attempt later, Goralski took advantage of Haracic coming off her line, dribbling past the Bosnian goalkeeper and slotted the ball home with an empty net.

As mentioned, Watt scored a brace in the match. She had the first and fourth goals of the match. On the first goal, Watt found a through ball courtesy of rookie Sarah Leubbert and Vanessa DiBernardo. Beating out her defenders, Watt went one-on-one with goalkeeper Haracic.

Meanwhile, for her fourth goal, she was up against Sheridan, as the Canadian came on for Haracic at halftime. In the 57th minute, Watt went one-on-one with Sheridan and slipped it past the goalkeeper’s side.

DiBernardo had the third Chicago goal of the match, making herself open inside the box.

What’s next for Chicago and Sky Blue?

Chicago will be back underneath the lights on Saturday, taking on the Washington Spirit at 1 p.m. on CBS. Meanwhile, Sky Blue FC has a bit of a break before they suit up against the Spirit on Oct. 3.

Ifeoma Onumonu with the tap-in goal, a few minutes after she had a chance called offside. Sky Blue takes the early lead on the road! #CHIvNJ | 0-1 | #NWSL pic.twitter.com/8aS98Gmozh

Zoey Goralski gives Chicago the lead for the first time this afternoon! She's able to get the ball around DiDi Haracic and tap in the goal. #CHIvNJ | 2-1 | #NWSL pic.twitter.com/w1KsN6UYL4

Right before the halftime whistle is slated to go, Vanessa DiBernardo scores at the top of the box! #CHIvNJ | 3-1 | #NWSL pic.twitter.com/LPXf7Ueo2i

Another one! Kealia Watt scores her second goal of the day for the Red Stars! #CHIvNJ | 4-1 | #NWSL pic.twitter.com/6XftSLvYbe