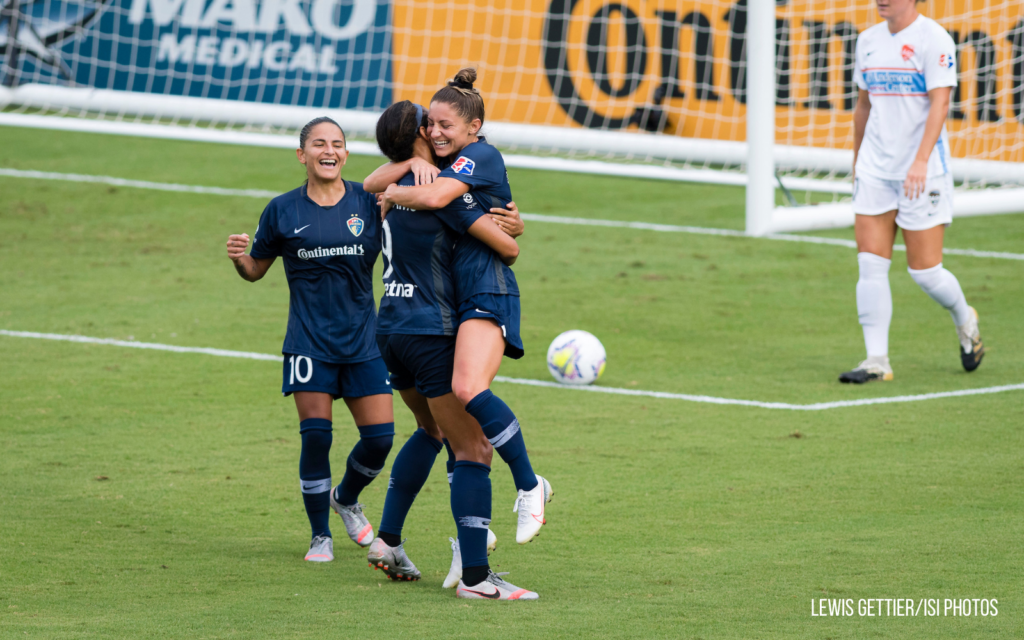 Rylee Baisden was living with her parents in Nashville, Tennessee, less than four weeks ago. Her mobile phone rang one afternoon, and the caller ID displayed a New York number. Baisden doesn’t know anyone from New York who would be calling her, so she let it go to voicemail.

“I checked the voicemail thinking it’s spam, and it’s Paul Riley calling me,” Baisden says. “I was shocked.”

Riley got Baisden’s telephone number from Lynn Williams, the North Carolina Courage star and Baisden’s former teammate when they played at Pepperdine University. With the Courage hemorrhaging players to overseas team deals and others opting out of the National Women’s Soccer League Fall Series due to COVID-19 concerns, Williams knew the Courage needed players. She and Baisden stay in regular contact, and during their most recent phone chat Baisden said she had just earned her personal training certification and hoped to start a fitness business.

“‘Paul, I have a friend,’” Williams told her gaffer. “‘She trained with Houston before COVID happened, and she’s played in Australia.’

“I told him that at training in the morning and that afternoon at weights [lifting] he asked, ‘Can you give me her number?’ And then he called her right then, and not quite a week later she was here quarantining.”

Last Saturday, the long-suffering Baisden made her long-awaited NWSL debut for the Courage against the Houston Dash, the same team she trialed with for a mere four days last March before the COVID-19 pandemic abruptly shuttered NWSL training camps. Coming on late in the match, Baisden found Williams just four minutes later on a cross that her past Pepperdine and present North Carolina roommate redirected into goal.

“After we got home, I said, ‘What are the odds that we connected for a goal?’, Williams says. “It’s just full circle.”

Baisden’s circular soccer odyssey from California to North Carolina has been winding, frustrating and uncertain. She’s emblematic of the American player logjam toiling away in the expanse of women’s soccer, hoping for a chance to crack a NWSL that has a net team expansion of zero since 2014.

Two years and many questions later, Mandy Freeman is back on the field
Royals rookie Kate Del Fava is making her mark on and off the field