Two years and many questions later, Mandy Freeman is back on the field 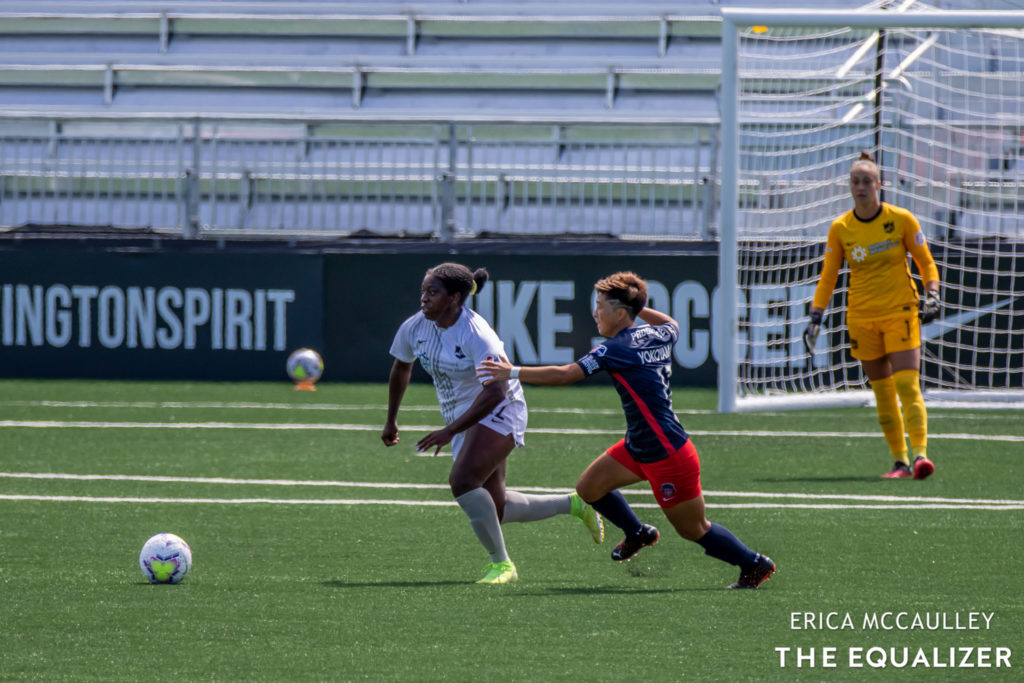 It’s September 2018 and nearing the end of an already long season for Sky Blue FC. The team is winless, has faced reports of unfavorable training and living conditions, and now a series of freak coincidences and uncooperative weather have conspired to make things even more challenging.

After kicking off at 10 a.m. on Sunday against the Washington Spirit — the result of a rained-out match the previous day — Sky Blue now has to travel to Chicago to play on Tuesday on only a single day of rest. And when the game against the Red Stars kicks off, it happens to be 92 degrees.

Still, no one seems to have told Mandy Freeman that she shouldn’t care about the result, or be giving anything other than her best effort. Her last-ditch tackles, recovery runs, and clearances are almost single-handedly keeping Sky Blue from the abyss as they stay competitive in the match far longer than anyone could have reasonably expected under such extraordinary circumstances.

It's a 3-0 scoreline right now, but Mandy Freeman has kept it from being 6-0. Is down on the pitch with the trainer.#CHIvNJ #NWSL

63' Very dangerous ball in the box. Would-be Nagasato goal is cleared by Freeman.#CHIvNJ | 2-0

In the second half, Freeman will pick up a quad injury and be subbed out of the game.

She won’t play in a match again for over two years, finally returning to action on Sept. 5, 2020, in the National Women’s Soccer League‘s Fall Series.