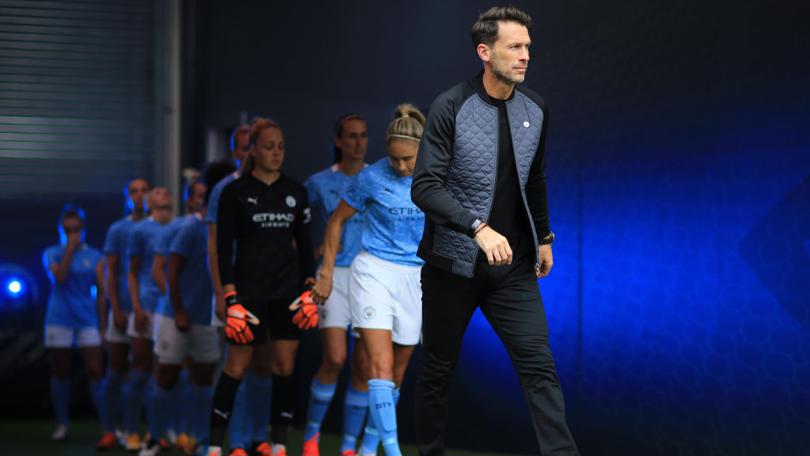 Editor’s note: The Equalizer will be covering the WSL more extensively than ever this season, including in-depth analysis like this column. Make sure you have a membership to The Equalizer Extra to get all of our premium content and member exclusives.

Not long after Chelsea won 9-0 at home to Bristol City, faith in the FA Women’s Super League’s underdogs was restored by Brighton’s 0-0 draw away to Manchester City. The result was a shocker, particularly given Manchester City’s investment in top-class players in recent months.

Having already signed Rose Lavelle, Sam Mewis and Chloe Kelly, just days before the game City confirmed the arrivals of England fullback pairing Lucy Bronze and Alex Greenwood from Lyon. But despite the presence of Bronze, Greenwood, Kelly and Mewis in their starting line-up at the weekend, City were unable to break down a stubborn opponent.

Brighton deserve credit for their defending. Hope Powell set up her side with a clear strategy to prevent Manchester City from playing through Keira Walsh, and exposed faults in City’s possession game in the process. City manager Gareth Taylor is left with some questions that he’ll need to answer as the season progresses if his side is to win the FAWSL and challenge for the UEFA Champions League crown.