Spirit come from behind to beat Red Stars 2-1 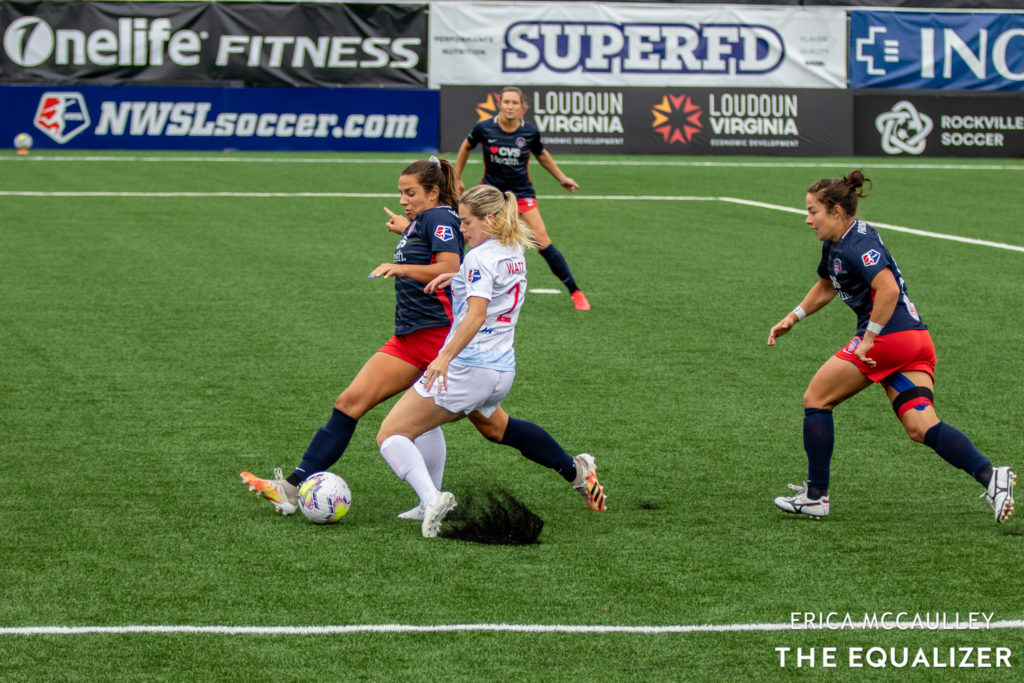 The breakthrough for the Red Stars came in the 25th minute, through some impressive combination play. On the edge of the box, Savannah McCaskill laid the ball off to Kealia Watt on the left-wing, who was then able to find Sarah Leubbert in front of goal. Leubbert finished first-time past Spirit keeper Aubrey Bledsoe for her first goal as a professional.

But it wasn’t all positives in the first half for the Red Stars, as McCaskill picked up her second yellow of the match in the 42nd minute and was sent off the pitch. She came screaming in to challenge Dorian Bailey for the ball, but was very late with her tackle, sending Bailey to the ground.

A closer look at McCaskill's first half challenge that lead to a second yellow… #WASvCHI pic.twitter.com/gQftMfjSTx

The Spirit’s best chance of the first half came in stoppage time, when Kumi Yokoyama distributed a nice pass to Ashley Sanchez at the top of box, but Sanchez’s shot went wide of goal. Red Stars keeper Alyssa Naeher was not challenged in the first half.

But the tides turned late in the second half, as the Red Stars were no longer able to hold off the Spirit while down a player. In the 71st minute, Dorian Bailey sent a floated cross into the box that the Red Stars couldn’t clear. Bayley Feist was in the right place at the right time, as the cross fell to her near the penalty spot, and she was able to send her shot past Naeher.

Bailey Feist with the goal that ties this match up for the @WashSpirit! #WASvCHI | 1-1 | #NWSL pic.twitter.com/MNAt2mXYKk

The Red Stars had a chance to grab the lead late when Watt tried a shot from distance that hit the crossbar. The rebound fell to Dani Rhodes, but her right footed shot was saved point-blank by Bledsoe, showing some impressive reflexes on the play.

It was the full-strength Spirit who were able to find the winner in stoppage time. Crystal Thomas fought to keep possession of the ball inside the box, and was able to turn with it and send in a cross towards Jessie Scarpa. Scarpa got on the end of the cross for the tap-in to earn her first professional goal.

Despite a promising start for the Red Stars, McCaskill’s first-half red card changed the course of the match and a pair of late goals sealed the win for the Spirit.

As reported on The Equalizer Podcast last week, Red Stars defender Julie Ertz has opted out of the Fall Series.