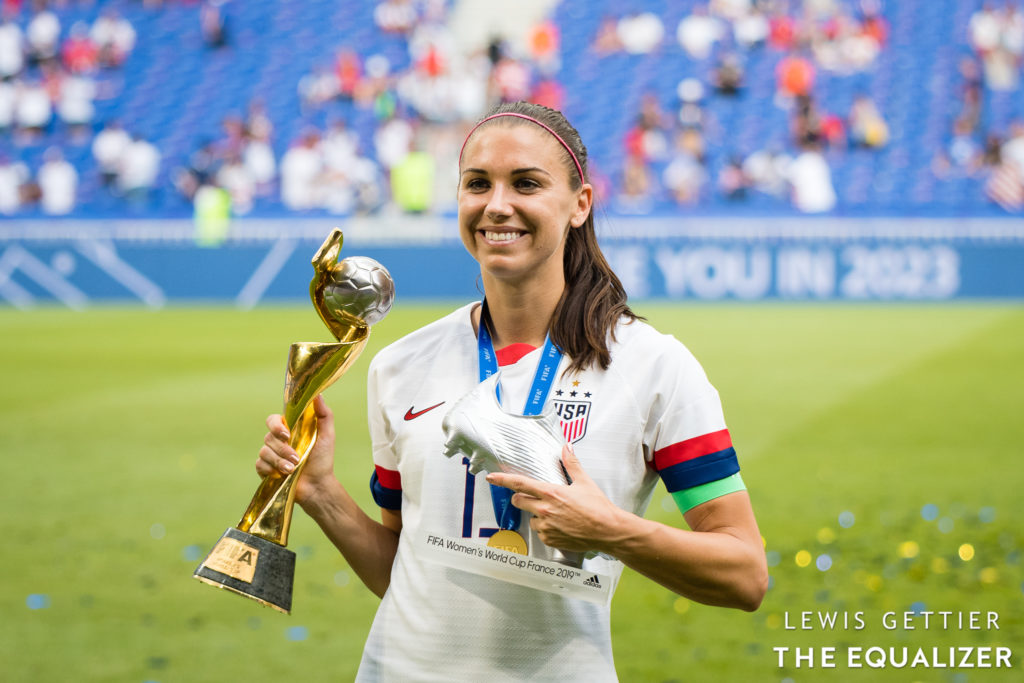 Alex Morgan will join Tottenham Hotspur until the end of 2020, multiple sources confirmed to The Equalizer. The Athletic first reported the news on Friday. Tottenham confirmed the news on Saturday, announcing Morgan “for the 2020-21 season.” There is a possibility for Morgan to stay with Spurs longer, multiple sources said, but the expectation is that she will return to the U.S. in January.

The United States international and Orlando Pride forward has not yet played in 2020 after giving birth to her first child in May. Orlando was ruled out of the Challenge Cup — the National Women’s Soccer League‘s summer competition — due to a series of positive COVID-19 tests within the team, most of which turned out to be false positives.

Morgan was slated to return to action for Orlando in the fall series, which will see the Pride and each NWSL team play four games apiece. Instead, she will join Tottenham for the rest of the year, adding to the group of high-profile U.S. players joining FA Women’s Super League teams in England this season. Tobin Heath and Christen Press have joined Manchester United through the 2020-21 season, and Rose Lavelle and Sam Mewis are signed on for the same duration (with one-year options) for Manchester City.

England’s women’s transfer window closed on Thursday. It is unclear if the deal for Morgan was done prior to that closing. Technically — and as is the case for the aforementioned U.S. players — this is not a loan but strictly Tottenham signing Morgan to a short-term deal. That is because U.S. players’ club contracts are held with U.S. Soccer; their NWSL clubs do not employ them.

Explained: USWNT contracts, the NWSL, and the looming threat of Europe

Morgan previously played abroad in 2017, joining French powerhouse Lyon for the first half of the year and winning a UEFA Champions League title before returning to Orlando to help the Pride make a push into the NWSL playoffs for the only time in franchise history. Morgan’s salary at Lyon that year was reported to be north of $30,000 per month, which is roughly what she would make in half a year in the NWSL.

Morgan was supposed to speak with media on Monday after her first training session back with the Pride, but the club announced that the team was given the holiday off and the conference call was canceled.

Orlando teammates Shelina Zadorsky and Alanna Kennedy are on loan at Spurs.

Hope Solo should be in the National Soccer Hall of Fame. Period.
Spirit come from behind to beat Red Stars 2-1