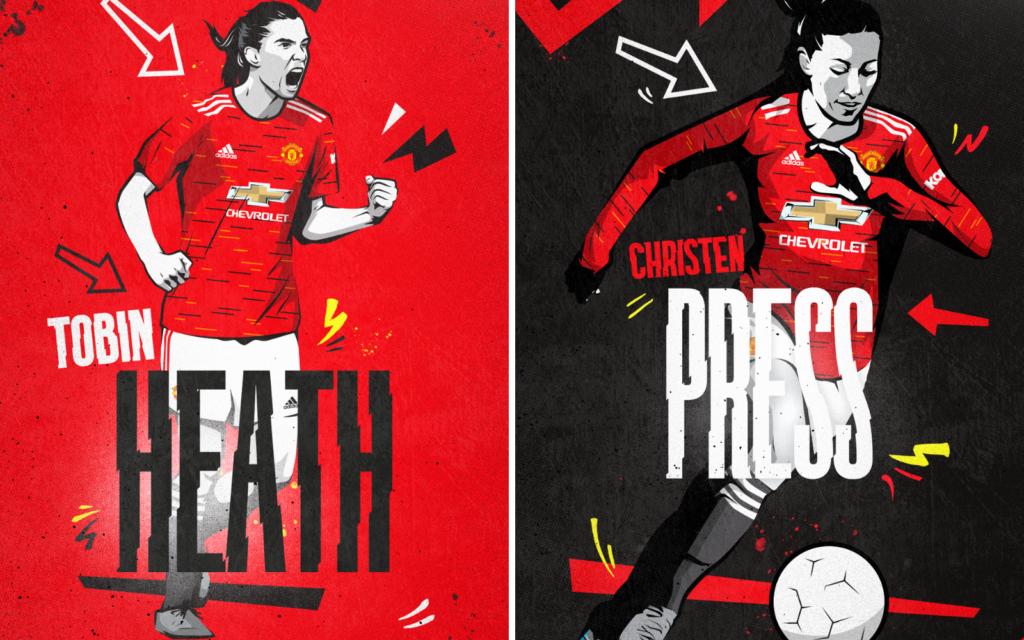 World Cup champions Tobin Heath and Christen Press have signed agreements to join Manchester United for the entire 2020-21 FA Women’s Super League season, the club announced on Wednesday. News of the United States teammates being deep into negotiations with the Red Devils was first reported by The Equalizer‘s Dan Lauletta and the official signing was reported by Jonathan Tannenwald of philly.com

Both players were part of the 2015 and 2019 World Cup-winning sides. Heath and Press, who play for Portland Thorns FC and Utah Royals FC respectively, opted out of the recent National Women’s Soccer League Challenge Cup as well as the current Fall Series. Each team retains the NWSL rights of their respective player.

Heath, 32, has played exclusively for Portland Thorns FC in the NWSL but has previous experience overseas. She was a member of Paris Saint-Germain in 2013, when the NWSL began.

“Manchester United is an exceptional club and I’m thrilled to be joining them,” Heath said in a statement. “I’m looking forward to the challenge of competing in England, playing with and against some of the best players in the world. I have big ambitions for this season and can’t wait to get on the pitch with my new team and start this next chapter.”

Press famously scored a goal in the 2019 semifinal win over England when she was tabbed to start in place of an injured Megan Rapinoe. The 31-year-old Press was also overseas when the NWSL launched in 2013, playing for the stacked Swedish side Tyresö FF, which made the UEFA Champions League final in 2014 and featured Marta, Vero Boquete and Caroline Seger.

“I’m really excited to be joining Manchester United this season,” Press said in a statement. “I’m grateful to have the opportunity to play for such an elite club and beyond ready to get back on the field. I feel blessed to have the opportunity to continue to strive to be my best and to compete for trophies this year. I look forward to this new challenge and I can’t wait to start training with the team.”

Manchester United are in their third season since launching in May 2018 and second in the English top flight. They opened the current season with a 1-1 draw against champion Chelsea.

Ji So-yun proves once again why she is Chelsea’s engine, even with flashy new arrivals

Ji So-yun proves once again why she is Chelsea’s engine, even with flashy new arrivals
Paige Nielsen steps into leadership role for Washington Spirit