Ji So-yun proves once again why she is Chelsea’s engine, even with flashy new arrivals 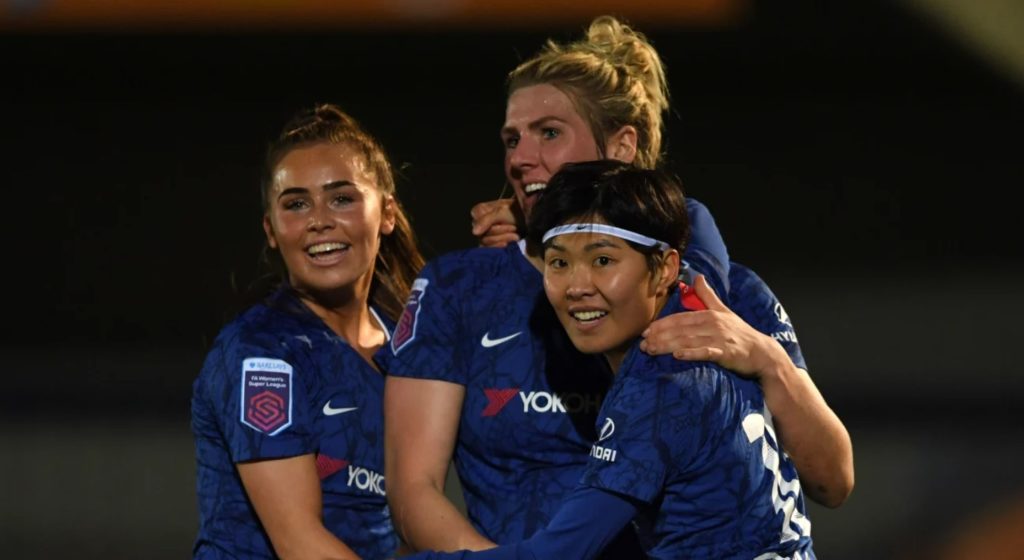 Editor’s note: The Equalizer will be covering the WSL more extensively than ever this season, including in-depth analysis like this column. Make sure you have a membership to The Equalizer Extra to get all of our premium content and member exclusives.

New signings were the main talking points going into the 2020-21 FA Women’s Super League season. Reigning champions Chelsea, having signed Sam Kerr in January, significantly bolstered their squad with the acquisitions of Pernille Harder, Melanie Leupolz and Jessie Fleming. And yet, after a summer of great change, it was a familiar face that stood out in their opening game.

Ji So-yun has been with Chelsea for over half a decade. She joined the club in 2014 and has since played a vital part in multiple league titles and cup wins, helping to establish the club as one of the best in Europe. Her role seemed likely to come under threat from the new signings, but she made a solid case for herself to stay in the starting line-up in Sunday’s 1-1 draw with Manchester United.

Head coach Emma Hayes set her side up in a 4-2-3-1 formation, with Ji playing behind Kerr up top. Ji had license to roam offensively and used this freedom wisely to find space, get on the ball and create chances, while she also had a key task in nullifying Manchester United’s build-up play.

When Chelsea were defending, they went to a 4-4-2, with Ji joining Kerr in the first line of defense. Rather than pressing the opponent’s center backs, the primary responsibility of the front two was to block passes into United’s two central midfielders, Katie Zelem and Hayley Ladd. This required constant checking over the shoulder to maintain awareness of where Zelem and Ladd were moving, and subtle shifts of position to remove them as passing options.

Below we see an example of Ji’s defensive positioning and how effective it was at taking away the opportunity for Manchester United to play through midfield. Here she changes direction three times, going left, then right, then left again, in sync with Zelem, to make sure the United playmaker does not become open. Eventually, Abbie McManus is forced to pass sideways to her central defensive teammate.

Access the best women’s soccer coverage all year long
Start your FREE, 7-day trial of The Equalizer Extra for industry-leading reporting and insight on the USWNT, NWSL and beyond.
Subscribe
Existing Users Sign In Here
Related TopicsChelseaExtraFA WSLFAWSLFeaturedJi So-Yun