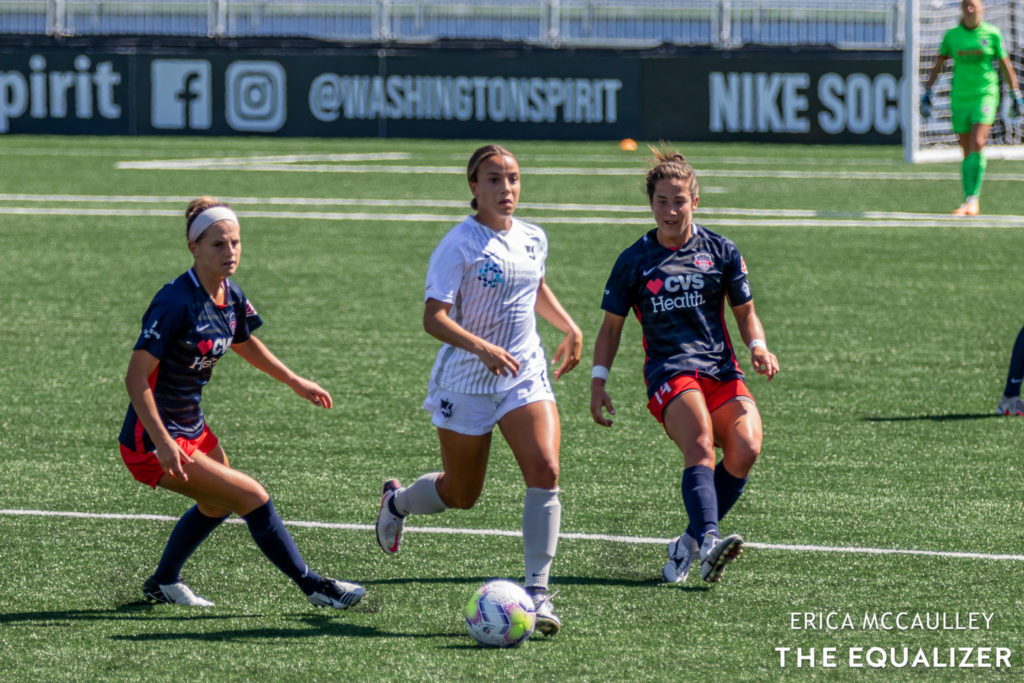 LEESBURG, Va. — Less than a year ago, Mallory Pugh donned the No. 11 jersey for the Washington Spirit, but in the first game of the 2020 National Women’s Soccer League Fall Series the attacker provided the game-winning assist for Sky Blue FC against her former club.

“Bringing in Mal gives us that extra dimension as well,” Sky Blue FC coach Freya Coombe said after the 2-1 victory. “It was nice for Mal to come back to her previous club, but we are just definitely pleased with the performance of the whole team.”

Despite not playing for almost six months, Pugh was the spark for Sky Blue in the dying moments of a game tied at one. Earlier this year, the Spirit traded Pugh to the New Jersey side during the 2020 NWSL College Draft in exchange for three 2020 picks and a first-round pick in 2021.

Pugh trained with the United States women’s national team in March, but missed the 2020 NWSL Challenge Cup in Utah due injury. Her minutes against the Spirit were her first since assisting Lindsay Horan in a 3-1 victory for the U.S. over Japan on March 11.

“I was excited just to be out there and playing,” Pugh said “It was good. I felt good.”