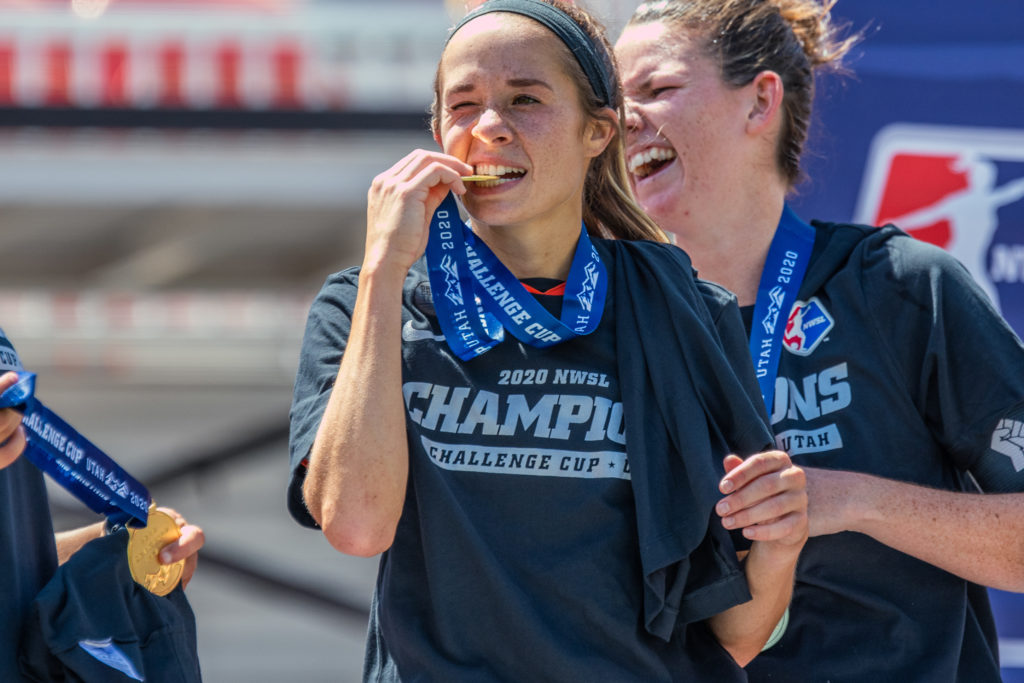 The Houston Dash have locked down two of the club’s prominent offensive players. In the the last 24 hours, the Dash have re-signed captain Rachel Daly and forward Shea Groom to three-year contract extensions, running through the 2023 season.

Daly’s signing came on Monday. The English international has made over 80 appearances for the Houston Dash. During the Challenge Cup, Daly was named the Golden Boot winner after scoring three goals and providing two assists.

“I’m absolutely delighted to be signing with the Houston Dash for another three years,” Daly said, via the club’s press release. “This club has taken itself to a new high over the past few months with winning the Challenge Cup and the things we’ve achieved on and off the field this past year. It’s a club I want to be a part of. I hold this club very close to my heart. I’ve spent five years here, and am set to be here for the next three.”

Daly was named captain of the Dash ahead of the Challenge Cup, which the Houston Dash claimed victory in against the Chicago Red Stars. She was drafted by the Dash in 2015.

“Very happy Rachel has committed her future to the Dash, we’re excited to build on the recent success and push the team to another level,” James Clarkson, Dash head coach, said. “It’s so important we retain our top players, which we have done so far, and continue to improve on and off the field.”

Meanwhile, Groom is in her first season in Houston.

Groom began her National Women’s Soccer League career in Kansas City, where she won a league championship, in 2015. After FC Kansas City folded Groom joined Sky Blue FC for one season. Then, for one season, Groom re-joined her former Kansas City coach Vlatko Andonovski in the Pacific Northwest with the Reign.

“I’ve been looking for a home in this league for the past three seasons now and that’s what Houston feels like to me – home,” Groom said. “It’s an honor to represent a city that reflects the same grit and resiliency I try to embody as a player and I can’t wait to win more championships with this organization. Dash on baby, and gig’em forever!”

This past offseason, Groom made the move to Houston with her Reign teammate Megan Oyster. At the Challenge Cup, Groom scored three goals and started all seven matches.

“I’m delighted that Shea has committed her future to the Dash,” Clarkson said. “She’s had a huge positive impact on the group this year, and I’m really excited about the future.”

Houston will kick off the NWSL Fall Series against the North Carolina Courage on Sept. 11 at 7 p.m. at Sahlen’s Stadium.