Pernille Harder signs with Chelsea after transfer from Wolfsburg 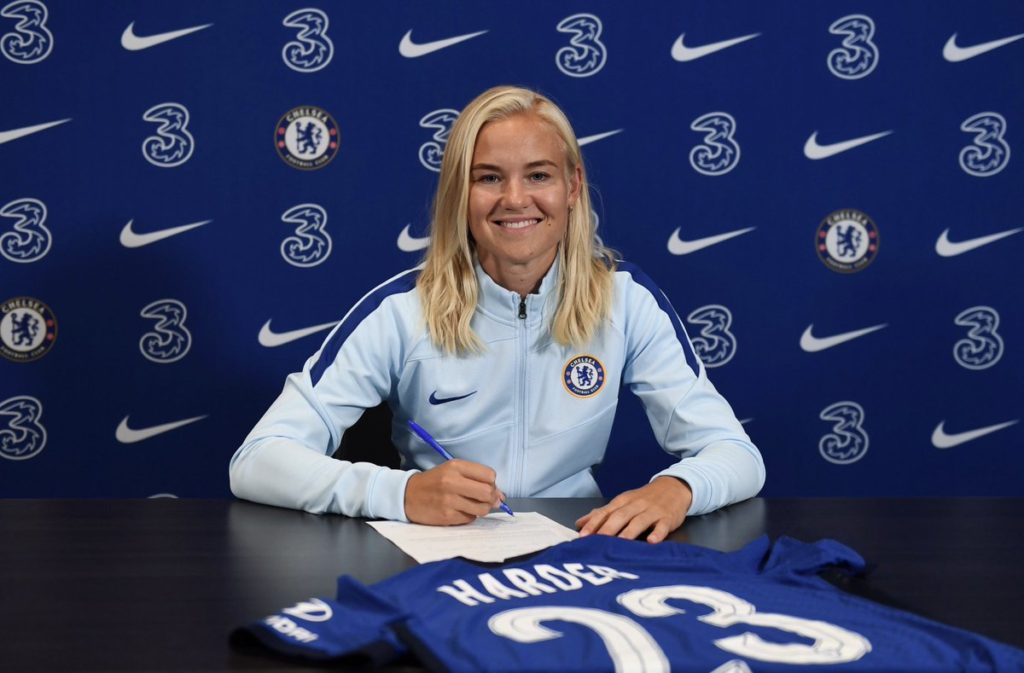 Pernille Harder is heading to England. Days after featuring in the UEFA Women’s Champions League final against Olympique Lyonnais, the Danish international signed with Chelsea. According to Sportsbuzzer, Harder was transferred from Frauen Bundesliga club VfL Wolfsburg for reports suggesting an excess of £350,000.

Harder joins a Chelsea team that made many big-name additions over the last year, which includes bringing in Sam Kerr and Canadian international Jessie Fleming.

Harder signed a three-year deal with Chelsea, who will kick off their FA WSL season on Sunday against Manchester United.

‘I’m excited to just play for such a big club, to play with so many amazing players and to also be playing in the league [Women’s Super League],” Harder said, via Chelsea. “The English league, it’s so exciting at the moment and I’m really looking forward to it.”

At my new home 😍 pic.twitter.com/e2LogOwrTr

Meanwhile, Chelsea manager Emma Hayes called Harder one of the best players in the world.

“Her record at Wolfsburg and Linkopings, as well as internationally with Denmark, shows how valuable she has been to her teams,” Hayes said. “She is a fantastic team player who wants to take her game to the next level. She chose Chelsea as the club that can push her to that level. She can play for any team in the world, but she chose us. She chose the players, the staff, the environment, the playing style. You can’t get a bigger compliment than that from one of the best players in the world.”

Harder is joining Chelsea after spending the last three seasons with Wolfsburg. She scored a staggering 103 goals in 113 matches. She also spent time in her career with Linkopings in Sweden and IK Skovbakken in Denmark.

Internationally, Harder is a six-time Player of the Year for Denmark. Additionally, she has 118 international appearances under her belt, where she scored a total of 61 goals. She is a captain for Denmark.