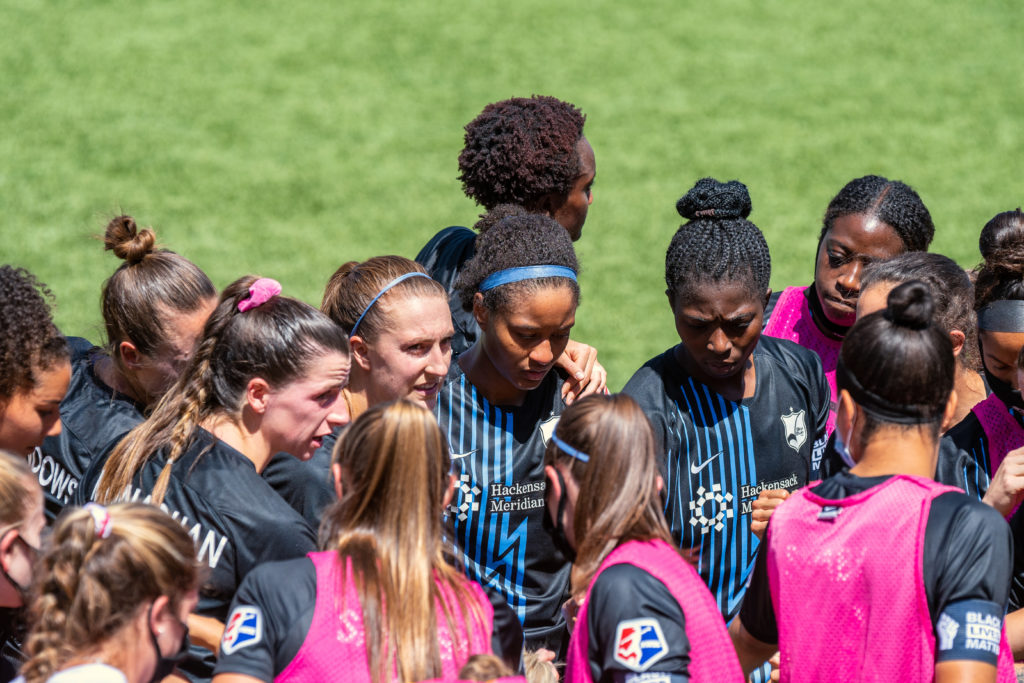 The National Women’s Soccer League has released a partial amount of the Fall Series schedule. The slew of friendlies is set to kick off this weekend on Saturday, with the Washington Spirit taking on Sky Blue FC at Segra Field. CBS will air the match on national television, with the game kicking off at 1 p.m. EST.

The Fall Series is a slate of friendly matches, with teams being broken up into three “pods,” or groups, based on regional location. The competition will run through Sept. 5 until Oct. 17, totaling seven weeks of women’s soccer action.

Teams will be traveling to the respective markets of their pod groups. Those pods are listed below.

All matches will air on Twitch for international viewers. Meanwhile, in the United States, games will air on CBS All-Access, with a select amount of matches airing on CBS and CBS Sports Network.

Games that are bolded will air on CBS.

Sky Blue FC will be featuring at Montclair State instead of Red Bull Arena. Red Bull Arena is currently being used by both the New York Red Bulls and New York City FC of MLS, as they are forced to share a stadium with Yankee Stadium in use.

Also, the Orlando Pride will host the Houston Dash at Osceola County Stadium on Oct. 9.

“Building on the success of this summer’s Challenge Cup, I am so excited to smartly and safely take this next step on the NWSL’s journey,” Lisa, Baird, NWSL Commissioner, said last week. “The women of the NWSL want to compete and we’ve certainly heard from our fans all over the world looking for more action this year. I’d like to thank the NWSL Player’s Association for their constant collaboration, as well as CBS for continuing to invest in our league’s growth and this unprecedented opportunity to showcase the NWSL to a world-wide audience, week-in, week-out.”