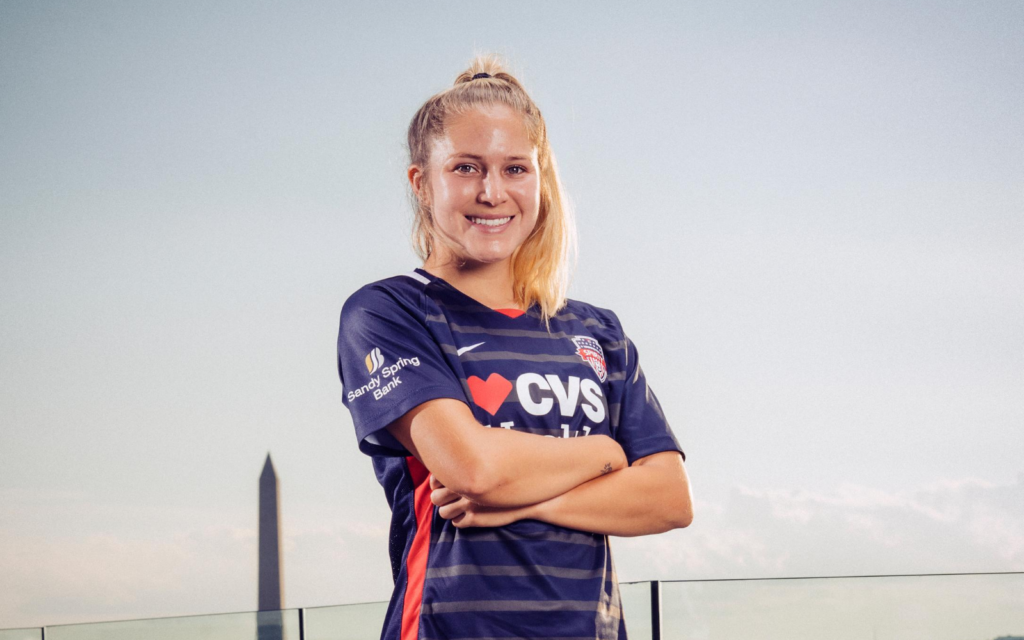 As a bright, young talent, Ashley Sanchez is in exactly the right place. Selected by Washington Spirit as the fourth overall pick in January’s National Women’s Soccer League draft, she joined a team full of potential and quickly established herself as one of the NWSL’s most exciting prospects. She appeared in every single game during Washington’s recent NWSL Challenge Cup campaign, displaying an array of attacking skills. Here we at The Equalizer analyze her game.

Described by her college coach, Amanda Cromwell, as “one of the most dynamic players to ever play at UCLA,” the most noticeable aspect of Sanchez’s game is undoubtedly her dribbling. Her balance and control mean she never overruns the ball even when dribbling at speed or in a tight situation, making her a difficult player to stop 1-v-1.

As a winger, she likes to square up defenders and go at them, using subtle shifts in direction to keep her opponent guessing. This, along with her comfort dribbling inside or going around the outside, ensures her next action is hard to predict. And, with a drop of the shoulder or a sudden turn of pace, she is able to get away from defenders and make space for herself to cross or shoot.

Sanchez’s capacity for shifting gears on the dribble makes her a threat on counterattacks, which is where she exploded into life for Washington during the Challenge Cup. In these moments, she looks to drive into the space available and run at back lines. She asks a question of defenders: Should they stay and keep an organized line, or leave the line to close her down?

Rachel Daly, Shea Groom re-sign with Houston Dash through 2023
The NWSL community continues to show up and give back