Even with stars missing, Lyon’s talent and tactics prevail once again 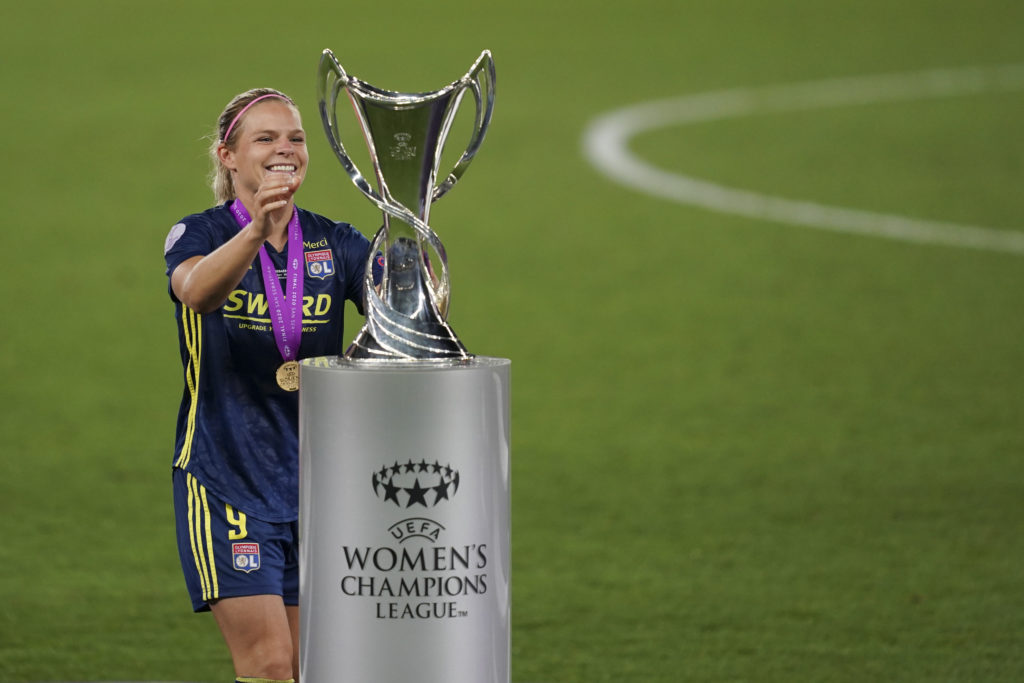 No Ada Hegerberg. No Amandine Henry. No Griedge Mbock. No Nikita Parris. No problem. Lyon retained their status as the best team in Europe, winning the UEFA Women’s Champions League for a fifth consecutive year with a 3-1 final victory over Wolfsburg on Sunday.

This was the final many predicted upon the tournament’s resumption. It was not just a meeting of French champions and German champions, but of Europe’s most dominant club sides – the only team not named Lyon or Wolfsburg to win this competition in the last decade was FFC Frankfurt in 2015. But, at least for the first half, it didn’t feel like a clash of evenly matched heavyweights.

Wolfsburg set up in a 4-4-2 defensive shape, with Pernille Harder up top alongside Ewa Pajor. They tried to put a high press on when Lyon built possession from the back – one of the front two would close down Lyon’s ball-playing center backs while the other would cover their base midfielder, Saki Kumagai. Lyon, however, were too clever for that.

One of the key players for Lyon in this phase was Sara Bjork Gunnarsdottir, who recently (and ironically) joined them from Wolfsburg.

Access the best women’s soccer coverage all year long
Start your FREE, 7-day trial of The Equalizer Extra for industry-leading reporting and insight on the USWNT, NWSL and beyond.
Subscribe
Existing Users Sign In Here
Related TopicsExtraLyonOlympique LyonnaisStream