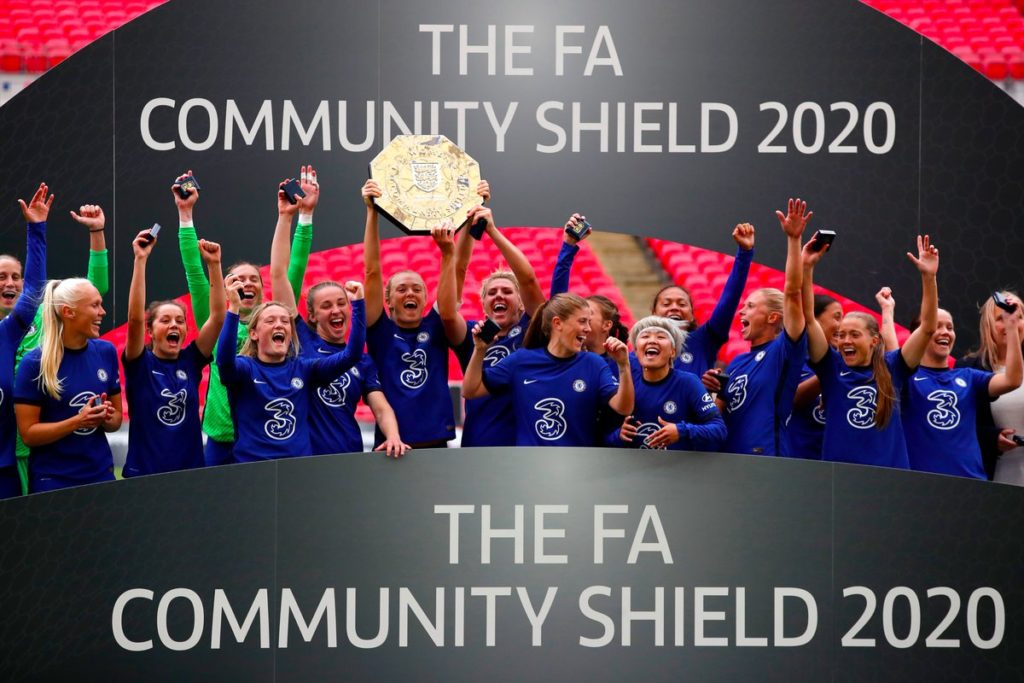 Chelsea’s victory occurred at the legendary Wembley Stadium. Millie Bright scored in the second half — after a scoreless first half from both sides — to give Chelsea momentum. However, the final goal of the contest came from Erin Cuthbert, a member of the Scottish women’s national team, in the 91st minute.

Americans watching the match saw Sam Mewis of the U.S. women’s international team take the pitch for Manchester City in the 68th minute, coming on for Caroline Weir. It was Mewis’ debut for Man City in a competitive match, as she featured in a slew of preseason matches.

Rose Lavelle was not made available for selection, due to her quarantine period not being over yet.

A few Canadians also made appearances for both clubs. In the 26th minute, Janine Beckie was subbed into the match after an injury to forward Lauren Hemp. Meanwhile, for Chelsea, Jessie Fleming — who signed with the club back in July —  appeared in the 94th minute for Swedish defender Jonna Andersson.

And, of course, the competition did not complete without a few flashes of cards from referee Rebecca Welch. In the 62nd minute, Jill Scott was shown a second yellow card, resulting a sending off, for a tackle on South Korean international Ji So-yun.

The FA WSL season kicks off next weekend. The first weekend of competition schedule is below.