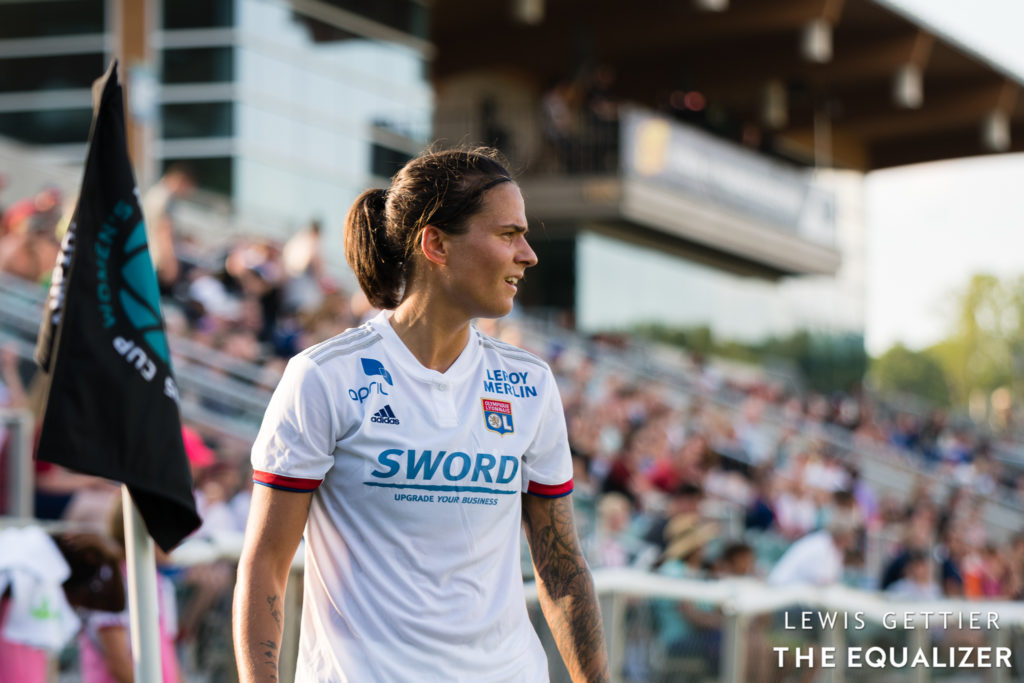 It started out with 11 players on each side and ended with 10 on each side. The UEFA Women’s Champions League semifinals concluded on Wednesday with Olympique Lyonnais punching their ticket to the club’s fifth-straight UWCL final.

Now, Lyon will take on VfL Wolfsburg for the third time in five years. Lyon edged out Wolfsburg in the previous two final clashes.

To get to the UWCL Finals, Lyon defeated Paris Saint-Germain in a French-filled semifinal. The match had its chances in the first half, but the score remains at 0-0. However, in the second half, chaos reigned supreme. In the 66th minute, Grace Geyoro was sent off by referee Anastasia Pustovoitova due to a second yellow card for a foul on Lucy Bronze.

Moments after the red card, Wendie Renard scores for Lyon on a corner kick. Lyon lead with about 20 minutes left in the second half.#PARLYO | 0-1 | #UWCL pic.twitter.com/nDmLEfzizy

A minute later, Wendie Renard scored for the reigning UWCL champions using her head to send the ball past Chilean goalkeeper Christiane Endler.

However, the chaos did not stop there. While Lyon claimed victory, they also received a loss in the match by watching Nikita Parris pick up a second yellow card and a sending off. The foul came after Parris ran into and fouled Endler.

Now, Parris will be unavailable due to suspension for the UWCL Final.

Now, it’s down to VfL Wolfsburg and Lyon to battle in the UWCL Final on Sunday. The match is set to begin at 2 p.m. EST and will air on CBS All-Access. Lyon is looking for the club’s seventh overall title in the competition, while Wolfsburg looks for its third-ever title.

Possession game not enough for Barca in loss to Wolfsburg
Lyon, PSG semi was steeped in familiarity