Houston Dash re-sign Kristie Mewis until 2023, Campbell for one year 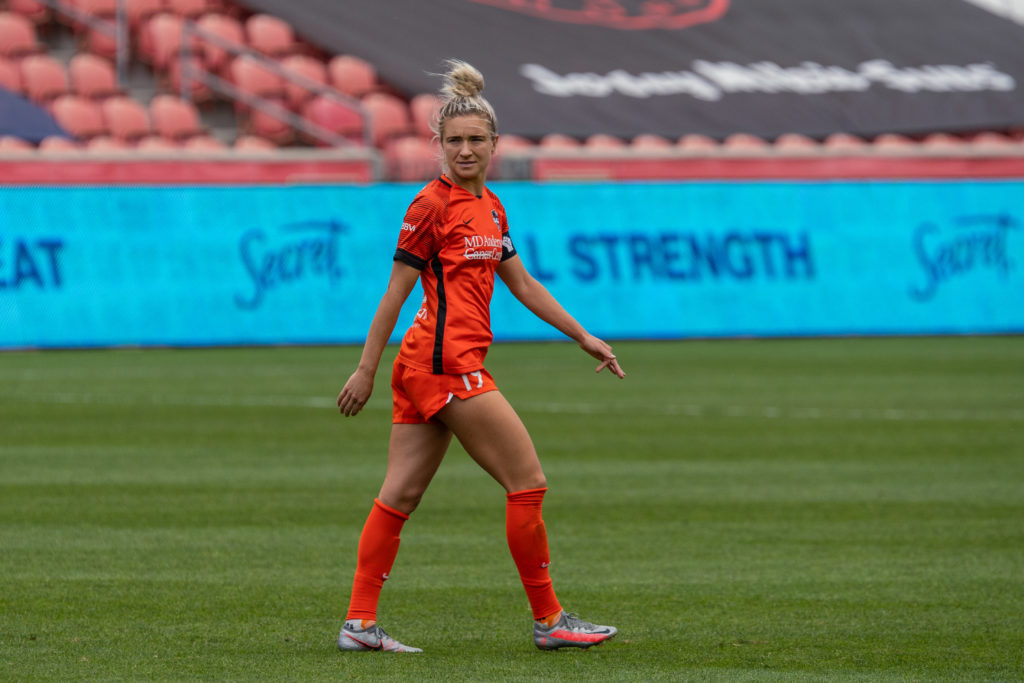 Houston, Texas — The Houston Dash have announced two vital re-signings ahead of the upcoming National Women’s Soccer League fall competition. Dubbed the “Fall Series,” the NWSL will feature 18 matches in the span of seven weeks.

Ahead of the competition, the Houston Dash re-signed midfielder Kristie Mewis and goalkeeper Jane Campbell. Mewis’ deal is for three years, running until the end of the 2023 season. Meanwhile, Campbell has signed a one-year extension, marking what will be her fifth season with the club in 2021.

The Dash did not mention any usage of allocation money.

“It’s great to have Jane with us for at least another season. She’s a huge part of the team and what we are trying to achieve,” James Clarkson, head coach of the Dash, said. “I’m also very excited to have Kristie commit to the Dash for the prime of her career. She’s playing at a really high level and is one of the top midfielders in the league.”

Mewis joined the Dash in August 2017 after a trade with the Chicago Red Stars. In her three seasons down south, Mewis has started 42 of her 45 appearances. She has scored seven goals and provided four assists.

“This club and city are like one big family — it’s my home away from home,” Mewis said. “There is no place I’d rather be.”

Meanwhile, Campbell, the club’s starting goalkeeper, joined the team in 2017, after being selected with the No. 15 overall pick at the NWSL College Draft. Since then, Campbell has made 60 appearances for Houston. Campbell also holds the NWSL record for most penalty kick saves, making seven saves from the line.

“Extending my contract with Houston is a huge honor. This city has embraced me more than I could have ever imagined, so it’s right that I give everything back to the club,” Campbell said. “Coming off the Challenge Cup as champions, we’re still hungry for more and our next goal is to go back-to-back in 2021.”

Houston Dash at the Fall Series

While the upcoming schedule has yet to be released — although the NWSL said that it should come within the coming week — the Houston Dash know their opponents for the upcoming Fall Series.

In the “South Pod,” Houston will be matched up against the North Carolina Courage and the Orlando Pride, who will be competing for the first time this season.