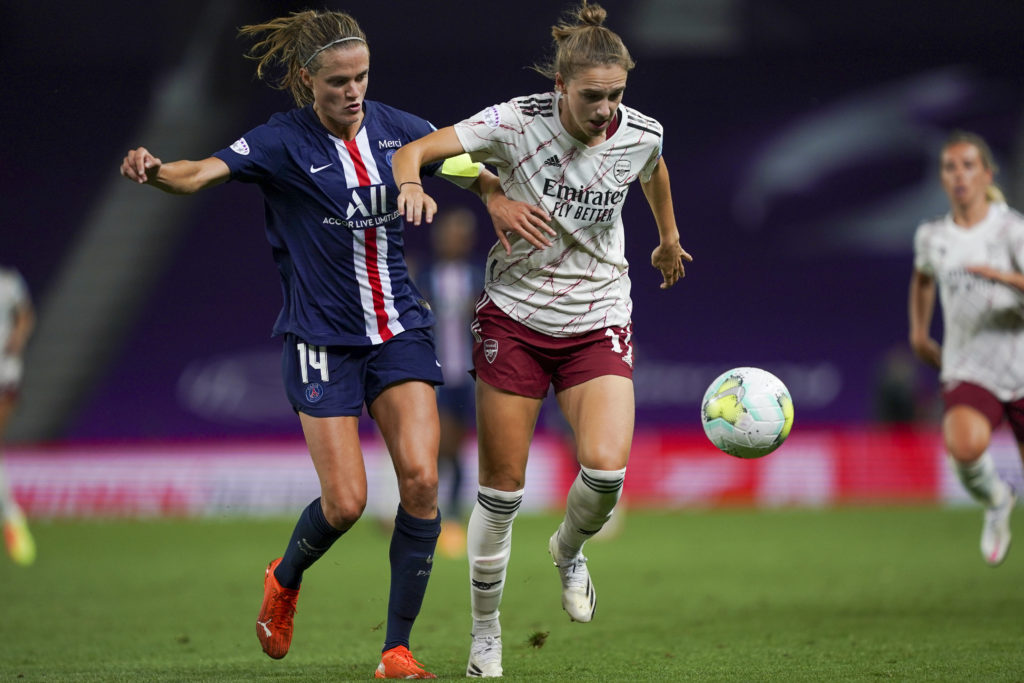 SAN SEBASTIAN, Spain  —  Paris Saint-Germain won their UEFA Women’s Champions League quarterfinal tie against Arsenal 2-1 in a very contested match thanks to goals from Marie-Antoinette Katoto and Signe Bruun. An all-French semifinal awaits for the Parisiennes with Lyon ready for yet another clash in Europe.

Fifteen minutes had passed in Anoeta stadium when Arsenal goalkeeper Manuela Zinsberger shouted to her teammates “Eyes on the ball!” Centre back Leah Williamson did so when the corner kick was about to take flight, but, a second later, her mark was gone. Katoto was already celebrating a right-footed volley fired at short distance that sailed past Zinsberger.

In contrast, the shouting coming from the opposite goal always seemed on time. PSG keeper Christiane Endler, with a commanding display of her own box, fired orders, gave advice and encouraged PSG’s defense, constantly switching from French to Spanish, to English and back to French.

In front of Endler, defenders Irene Paredes and Paulina Dudek were assigned the crucial task of keeping Vivianne Miedema as far as possible either from the ball or the box. Guided by Endler’s multilingual directions at their backs, the duo had a magnificent night and helped PSG grow in confidence as the match went on. The French side opted for a classic 4-4-2 with Grace Geyoro and Sara Dabritz in midfield, and their positioning prevailed against Arsenal’s 4-2-3-1.

Access the best women’s soccer coverage all year long
Start your FREE, 7-day trial of The Equalizer Extra for industry-leading reporting and insight on the USWNT, NWSL and beyond.
Subscribe
Existing Users Sign In Here
Related TopicsArsenal Ladies FCExtraFeaturedParis Saint-GermainPSG