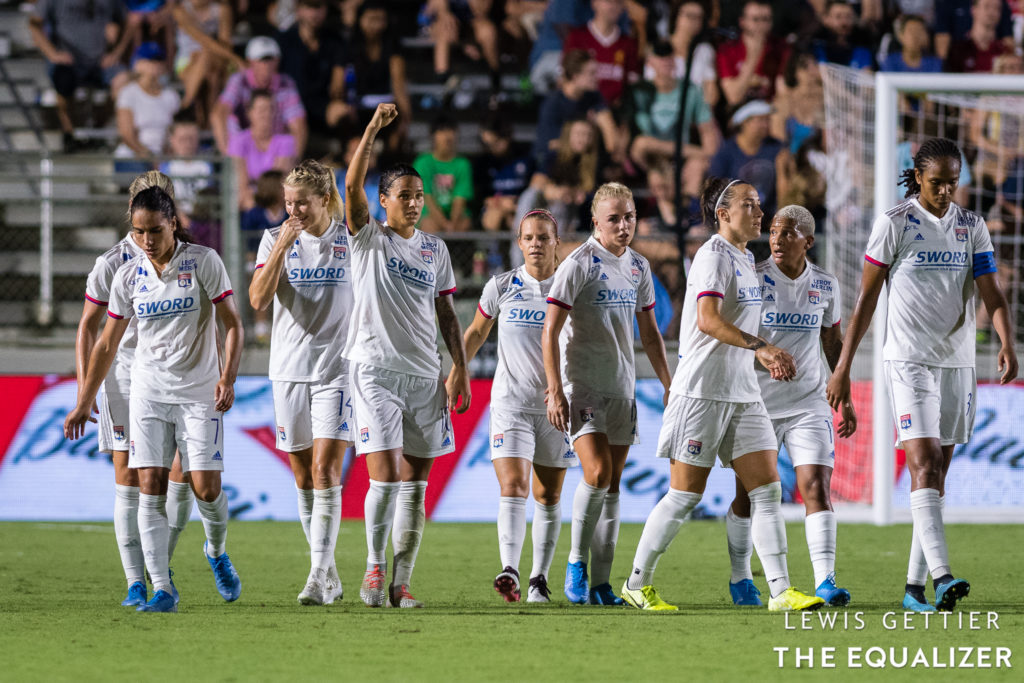 BILBAO, Spain — Technically, Lyon are still a winning machine. After all, they did resume their quest for a fifth straight UEFA Women’s Champions League title with a 2-1 win over Bayern Munich on Saturday night. However, their performance suggested that this year they are there for the taking.

There were question marks going into the quarterfinals about injuries. How would Lyon cope without star striker Ada Hegerberg, who scored a hat-trick in the 4-1 win over Barcelona in last season’s Champions League final? They were also missing French international center back Griedge Mbock. But when Lyon are missing stars they just bring in other stars – so Nikita Parris came in for Hegerberg and Kadeisha Buchanan took Mbock’s place.

The stand-ins slotted comfortably into Lyon’s usual 4-2-3-1 system, which saw Amandine Henry and Saki Kumagai playing in midfield behind a front four of Parris, Delphine Cascarino, Dzsenifer Marozsan and Eugenie Le Sommer. It was all rather familiar in terms of names and shape, but not in terms of quality of play. For all their star power, Lyon made hard work of this win…

Access the best women’s soccer coverage all year long
Start your FREE, 7-day trial of The Equalizer Extra for industry-leading reporting and insight on the USWNT, NWSL and beyond.
Subscribe
Existing Users Sign In Here
Related TopicsBayern MunichExtraFeaturedLyon