Led by Harder, Wolfsburg firepower too much for Glasgow City 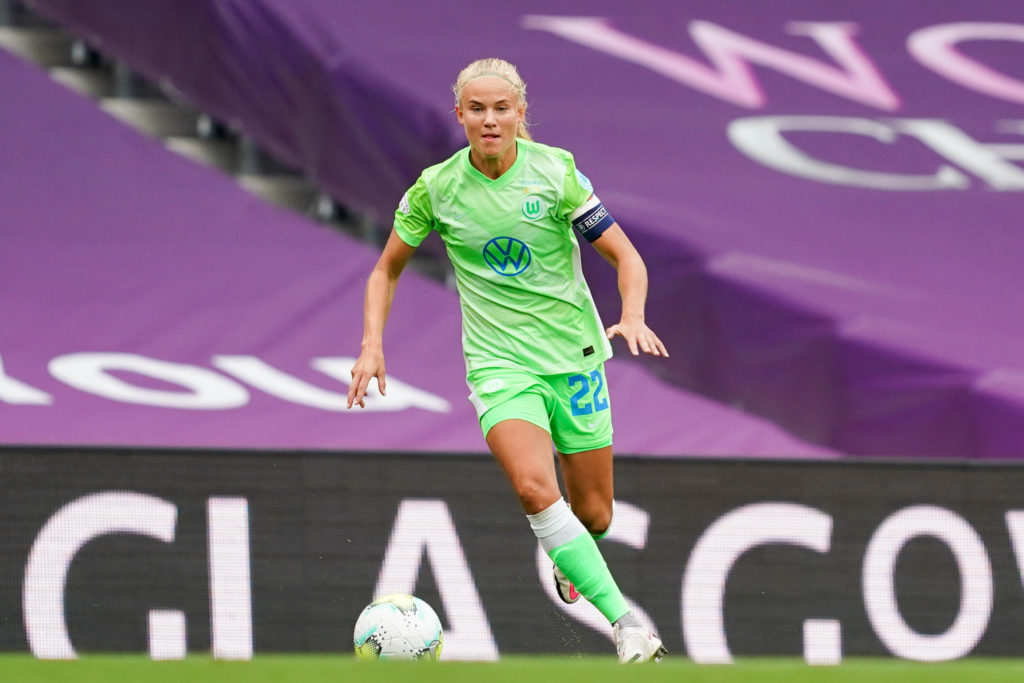 SAN SEBASTIAN, Spain  —  Frauen Bundesliga powerhouse Wolfsburg booked a place in the UEFA Women’s Champions League Semifinals after scoring 9 against Glasgow City under the rain in San Sebastián, Spain. Pernille Harder with four goals and Ingrid Engen with a brace led a ruthless team determined to break Lyon’s reign in Europe. Wade got the consolation goal for the Scottish champions.

For Glasgow City, the UEFA Women’s Champions League quarterfinal match came and went like a perfectly timed storm. First it was the grey sky and the rain pouring down on the beautiful Anoeta stadium in San Sebastián. For fifteen minutes, the only “part-time” squad left in the tournament endured against the German giants Wolfsburg.

Glasgow City’s disciplined line of five defenders, reinforced by South-Africa’s captain Janine van Wyk, tried its best to maintain a cool head and let the clock tick. On the 15th minute, though, Pernille Harder found herself left unmarked in front of the box for the first time.

Access the best women’s soccer coverage all year long
Start your FREE, 7-day trial of The Equalizer Extra for industry-leading reporting and insight on the USWNT, NWSL and beyond.
Subscribe
Existing Users Sign In Here
Related TopicsExtraFeaturedGlasgow City FCVfL Wolfsburg

Atletico hung tough but in the end Barca were too tough
UWCL Quarterfinal: PSG, Lyon advance to semifinals