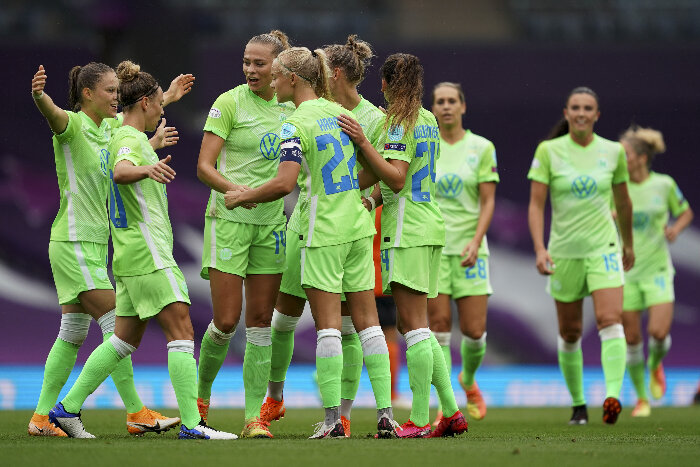 Wolfsburg dominated at the Anoeta Stadium in Spain. It was an early goal from Pernille Harder that kicked off the goal-scoring campaign for the German club. Harder ended up finishing the match with four goals, securing a hat trick to her name. She also scored in first-half stoppage time and early in the second half.

Meanwhile, Ingrid Syrstad Engen, who hails from Norway, found the back of the net twice.

Glasgow City didn’t let VFL Wolfsburg take pleasure in securing a clean sheet, though. Instead, Lauren Wade gave the Scottish club something to cheer about in the 63rd minute. However, that was the club’s lone goal in the quarterfinal match.

GOAL! And @GlasgowCityFC pull one back! New signing Lauren Wade floats one from a wide angle into the goal.pic.twitter.com/D36uBmiqqp#GLAWOB | 1-5 | #UWCL

After Glasgow’s goal from Wade, Wolfsburg got back on the scoreboard to destroy all hopes of a comeback. Felicitas Rauch, a member of the German women’s national team, found the back of the net, along with a fourth goal from Harder. To make matters worse for the Scottish club, Leanne Ross sent in an own-goal in the 79th minute and Jenna Clark scored an own goal in stoppage time.

Wolfsburg will go on to face Barcelona in the UWCL semifinals on Tuesday.

💥🚀 She couldn't have hit this one any Harder! (Sorry!) #GLAWOBpic.twitter.com/YD0G3kw24X

Missed opportunities for FC Barcelona was the tale in the San Mamés Stadium. Barcelona was on the offense the entire match, taking 12 shots and having four fall on frame to Swedish international Hedvig Lindhal. However, the tale of the match for Atlético Madrid was the defense.

The breakthrough came in the 80th minute, courtesy of Kheira Hamraoui. In the box, Oshoala tried to attempt a bicycle kick for the goal. However, the ball bounced over to Hamraoui and she calmly slotted it home. Barcelona will now advance to the UWCL semifinals and face Wolfsburg.

How we feel about having women's soccer back! ❤️ #ATMBAR | 0-1 | #UWCL pic.twitter.com/ivQU9Ljfz6