Players to watch in the UEFA Women’s Champions League quarterfinals 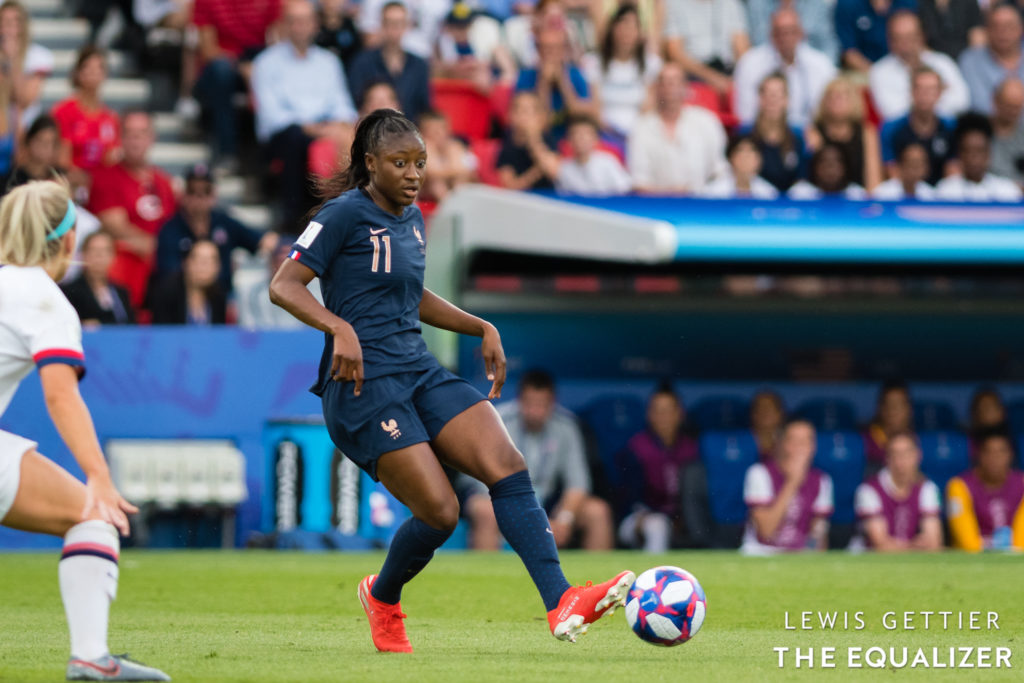 The UEFA Women’s Champions League returns this with the quarterfinals of the 2019-20 competition, and there are some exciting match-ups to look forward to following the competition’s long hiatus due to the COVID-19 pandemic.

Spanish giants Barcelona and Atletico Madrid will square off Friday, while underdogs Glasgow City take on German titlists Wolfsburg. Then, on Saturday, reigning European champions Lyon clash with Bayern Munich, while Arsenal face Paris Saint-Germain in a game for the purists.

The Equalizer will have coverage of the entire remainder of the tournament. First, we preview the upcoming games, starting with a lowdown on eight players to watch.

PSG tend to struggle most when teams sit in and concede possession to them. Against Arsenal in the quarterfinals, however, they should get more opportunities to counterattack into space. This is where Diani – who shone for France at their home World Cup last year – will come alive.

According to Wyscout data, only Lyon’s Delphine Cascarino dribbled more often than Diani in French league action last season, while no winger completed more of their dribbles than Diani’s 69.6%. She’s difficult to dispossess even with defenders all around her, combining excellent control with strength and a good turn of pace. Direct and capable of setting up or scoring goals, Diani will seize any openings Arsenal’s attack-minded fullbacks leave behind in transitions.

Barcelona tend to dominate possession, but they need the punch up front that Hansen provides. After excelling in Germany with Wolfsburg and impressing at the 2019 World Cup with Norway, she settled quickly into Spanish soccer, hitting seven goals and setting up another seven for her teammates in the 2019/20 league campaign.

Playing on the right side of a fluid 4-2-3-1 or 4-3-3 system that offers a lot of central options, Hansen gives her team a wide out-ball. She always wants to dribble at the opposition, can go around the outside or cut inside, and has the speed necessary to get away from defenders. And, as the numbers underline, her end product is good, too. 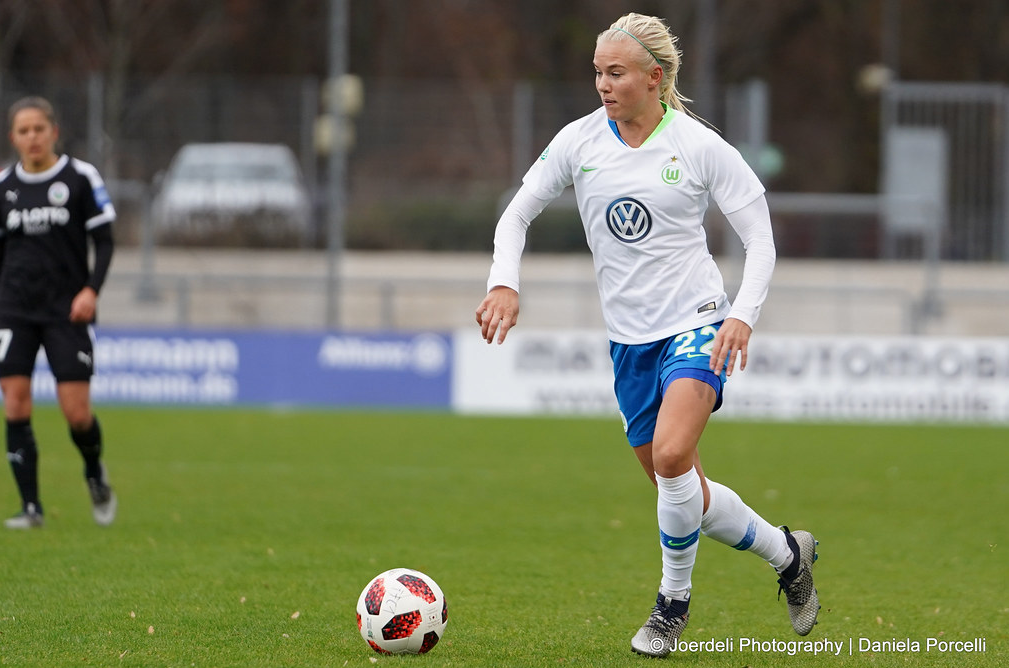 This could be the biggest stage Harder has had for several years, considering Denmark’s failure to reach the 2019 World Cup and Wolfsburg’s quarterfinal exit from the competition last season. Here, she will be looking to further cement her status as one of the finest players in the world. Also, with five goals already in this year’s Champions League ahead of a quarterfinal against Glasgow City, she will want to catch current top scorer Miedema, who is on 10.

Harder is a versatile attacker just as capable of linking attacks as she is finishing them. She often plays as a withdrawn forward for Wolfsburg, with Alexandra Popp or Ewa Pajor ahead of her. From this position, Harder can move freely, find pockets to receive in, drive attacks forward with her dribbling and playmaking, and make runs into the box to score. There’s no doubt surrounding her form going into this tournament – she averaged a remarkable 1.5 goals per 90 minutes in league action in 2019/20.

No, not that one. This Sam Kerr is one of the most exciting young talents to come out of Scotland in recent years. She will leave Glasgow City to join Rangers at the end of her current contract, but it wouldn’t be surprising to see her playing in English soccer in future – like her Australian superstar namesake.

Glasgow City’s upcoming Champions League clash with Wolfsburg may not be the best opportunity for the 21-year-old to show her true level, as the reigning Scottish champions are likely to spend most of the game defending. But Kerr’s dynamism, energy, work rate and intelligence in midfield will be key to any chance her side have of pulling off an unthinkable upset.

Following the departure of Melanie Leupolz to Chelsea, there is even more pressure than before on Magull to be Bayern’s orchestrator. The German runners-up have been playing in a 4-2-3-1 system in recent months, with the 26-year-old playing as one of those two holding midfielders. From that position, she can collect the ball from the center backs and dictate her team’s attacking play.

Accurate and with good range, Magull keeps possession ticking. She is also capable of driving forward from deep herself when given the time and space to do so, and looks to break the lines with incisive passes to the forwards. Bayern will desperately need her guile and efficiency if they are to get past Lyon in their quarterfinal tie. 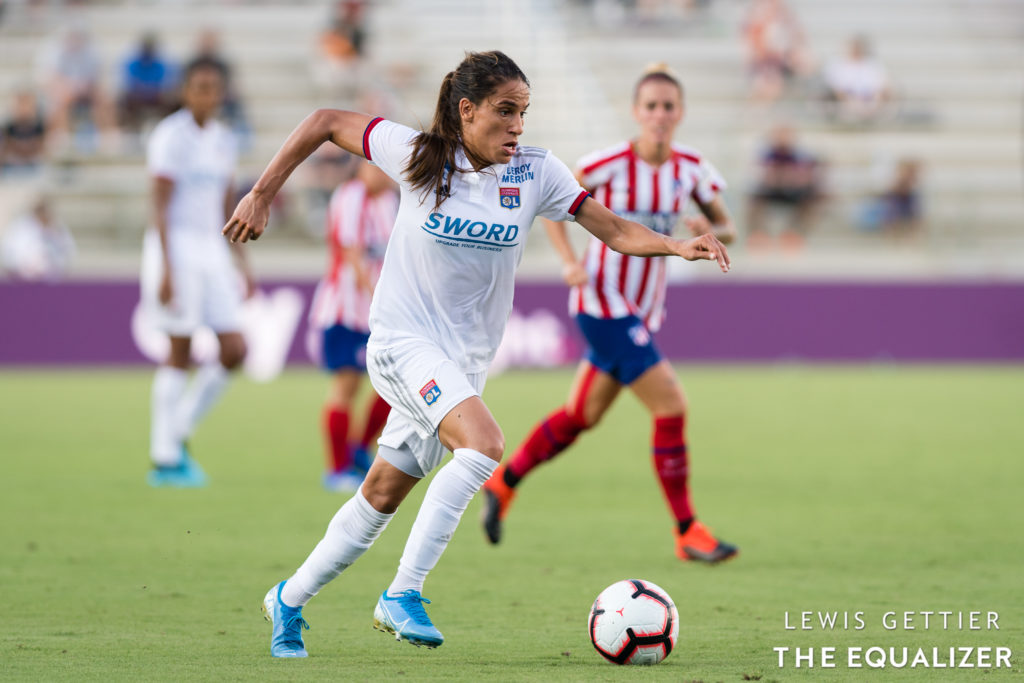 Majri’s versatility hasn’t always worked in her favor. At last year’s World Cup, she was deployed at left back by France. This was also the position she played for Lyon in last season’s Champions League final. While this role allows her to overlap down the flank and provide crosses, she’s much better suited to a central position where she can get more involved in her team’s final third play.

With incredible footwork, control and creativity, the 27-year-old can receive in tight spaces and open up defenses with pinpoint through balls. She’s also an excellent dribbler and has good movement to target gaps in opposition back lines whenever they open up. Playing in an attacking midfield trio alongside Dzsenifer Marozsan and Eugenie Le Sommer, she could be set to shine.

Arsenal are the most possession-oriented side in England. They like to play out from the back, build through midfield and have a lot of rotations between players. Miedema leads the line for them and helps in moving attacks forward by going short, receiving to feet and linking play with her back to goal. But she’s renowned around the world primarily for her goalscoring.

The Dutch striker was the top scorer in the Women’s Super League last season, hitting 16 goals in just 14 appearances. She was also top of the assist charts, setting up a further eight goals. With her combination play, movement and variety of finishes, she will be absolutely integral to her side’s chances of success in this tournament.

With Lyon’s Griedge Mbock suffering an unfortunate injury in June, the Champions League offers Tounkara an opportunity to stake her claim for a place at the heart of France’s defense alongside Wendie Renard. In her two years with Atletico, the 25-year-old Tounkara has established herself as one of the best central defenders on the continent. And, against Barcelona, her team will need her more than ever.

Tounkara is strong and doesn’t give attackers much room to breathe. She reads situations astutely, refuses to dive in and times her tackles well. On top of all that, her ability to cover ground quickly – combined with her composure in 1-v-1 situations – means she is also a strong defender in transition.

Rose Lavelle signs with Manchester City
Can anyone end Lyon’s run in the Champions League?