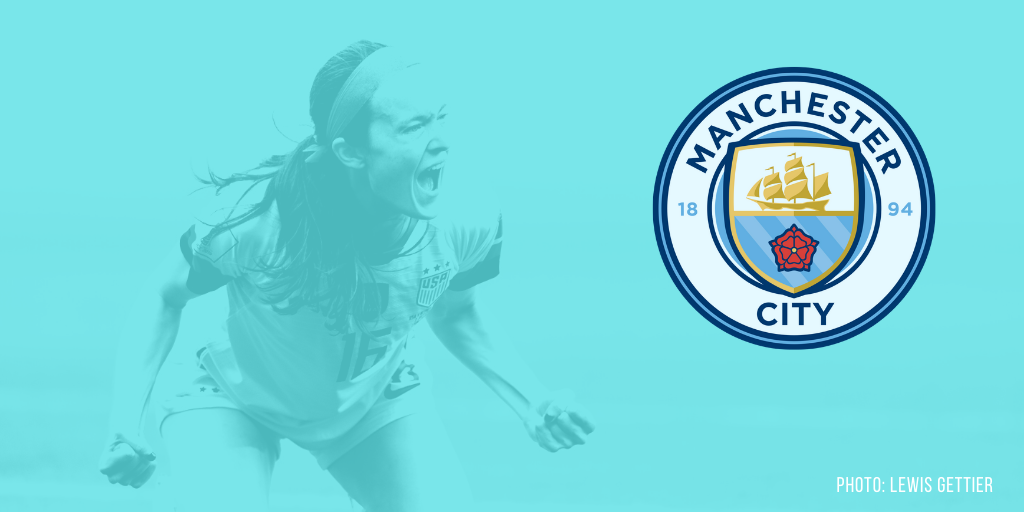 Lavelle joins U.S. teammate Sam Mewis for the 2020-21 Women’s Super League season in England, with a mutual option to extend the deal for another season.

“I’m looking forward to the opportunity of playing in England and competing in the Champions League,” Lavelle said.

“After talking with Gareth [Taylor, City manager] about the team and how he saw me fitting in, it seemed like a great environment that would really push and develop me as a player.”

Lavelle played for the Washington Spirit since the 2018 season, but her time was limited due to injuries and international duty. The Spirit traded her NWSL rights to OL Reign on Sunday in exchange for a 2022 first-round pick and $100,000 in allocation money (plus more if certain conditions are met).

Manchester City have had their eyes on the 25-year-old for some time. Lavelle earned the Bronze Ball at the 2019 World Cup, scoring in the final as the U.S. defeated the Netherlands, 2-0.

“Over the last few years, we have followed Rose’s career with huge interest and watched her grow into one of the best attacking midfielders in the world,” Manchester City head of women’s football Gavin Makel said.

“She is a highly technical and intellectual player who will give us another threat in the attacking third, and who will further strengthen the squad that we already have in place.”