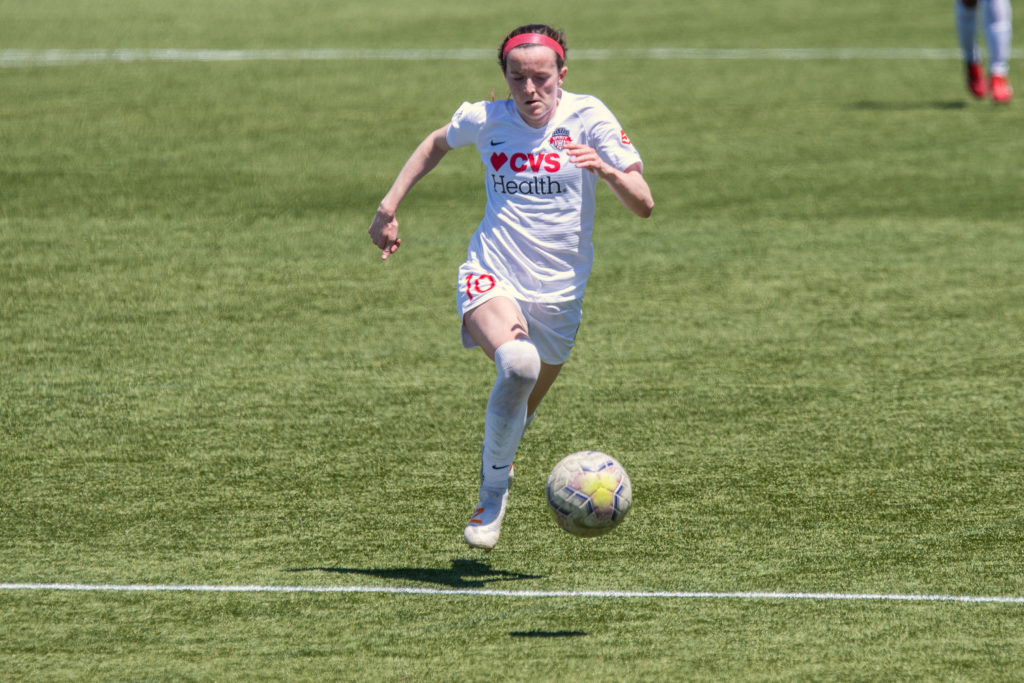 Rose Lavelle is headed abroad. That’s the biggest thing that was confirmed in Sunday’s news drop from the Washington Spirit and OL Reign, but the subplot is interesting, too.

The Spirit traded Lavelle’s National Women’s Soccer League rights to OL Reign in exchange for a first-round pick in the 2022 NWSL College Draft, $100,000 in allocation money, and additional, conditional allocation money which will be based on Lavelle’s future NWSL playing status.

Essentially, the Spirit were able to acquire at least $100,000 and a first-round draft pick for Lavelle — one of the most sought-after young talents in the world — when they otherwise would have had to watch her walk away (at least temporarily) for no compensation. Lavelle’s NWSL contract, as an allocated player, is with U.S. Soccer and not the Spirit, so there is no transfer fee. Washington (and now OL Reign) also has no right to block a move, because Lavelle’s contract is not with any NWSL club.

Lavelle is expected to imminently sign with Manchester City, as The Athletic’s Meg Linehan reported last month. There, she will join U.S. teammate Sam Mewis, who just signed with the English club.

“Rose is an incredible talent that we believe has all the attributes to be the best player in the world,” said OL Reign CEO Bill Predmore. “While we would have loved to have Rose join our club today, she fits perfectly into our long-term vision for the squad. It was the vision of Jean-Michel [Aulas] and the support of OL that made this deal this possible for our club. We are willing to make the necessary short-term sacrifices, exercise the needed patience, and do whatever work is required to realize our goal of bringing Rose to OL Reign in the future.”

Lavelle’s time with the Spirit was severely limited by international duties and injuries since her arrival in early 2018. It ended with Lavelle coming off the bench for the final 28 minutes of a penalty-kick loss to Sky Blue FC in the quarterfinals of the NWSL Challenge Cup. Lavelle’s participation in the knockout-stage game was limited to manage her load, as per the agreement between the NWSL and U.S. Soccer, who had sports scientists overseeing players.

“Rose truly is a world-class player, and working with her has been an incredibly enjoyable experience,” Spirit head coach Richie Burke said. “I can’t thank her enough for her work on behalf of our club and for the relationship we shared during our time together. I wish her the very best of luck and the good fortune to stay healthy as she moves into this next phase of her career.”

The Spirit earlier this year traded Mallory Pugh to Sky Blue FC, leaving them with no current allocated players.

Wiegman to become new England coach in September 2021
Explained: USWNT contracts, the NWSL, and the looming threat of Europe