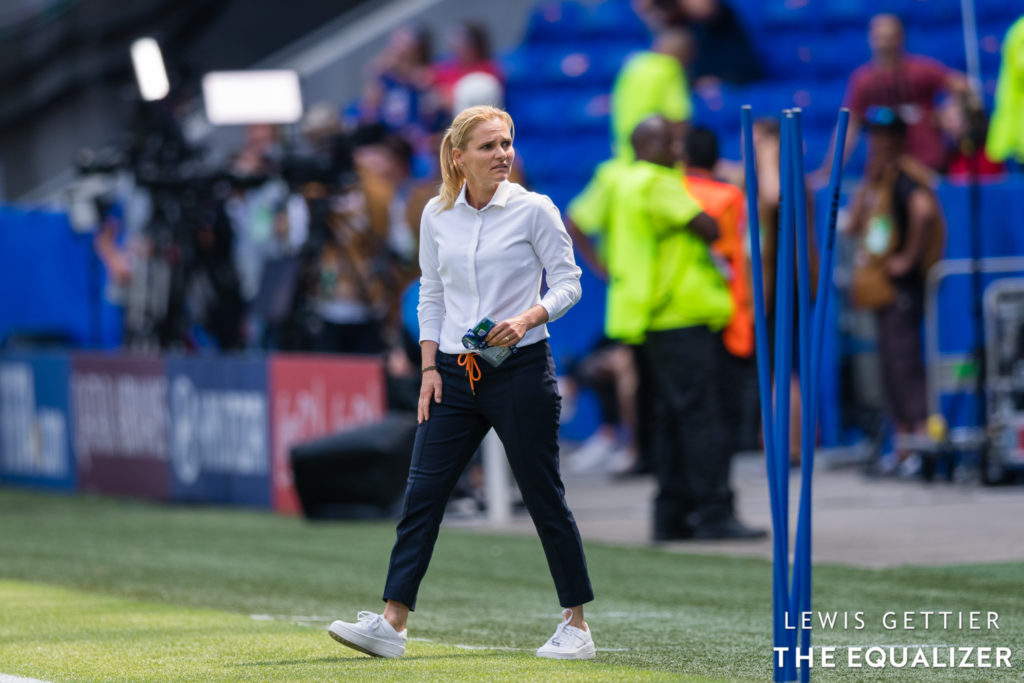 Netherlands head coach Sarina Wiegman will take over as the new coach of England’s women’s national team beginning in September 2021, England’s FA announced on Friday. The deal is for four years and will allow Wiegman to coach the Dutch at the 2021 Olympics, which they qualified for by making the 2019 World Cup final.

“England is the cradle of football and the major developments in women’s football globally over recent years have been led by the FA,” Wiegman said in a statement. “I’m very much looking forward to contributing my experience and expertise to this ambitious team.”

Phil Neville remains in charge of England. His contract ends in July 2021. The FA remain noncommittal over whether Neville will coach Team GB at the Olympics, as was originally planned before the competition was delayed a year, saying that a decision will be made “in due course.”

“The ride with the ‘Oranje Lionesses’ has been amazing so far, but we haven’t reached our final destination yet,” Wiegman said. “There are two more goals: qualifying for the UEFA Women’s EURO in 2022 and challenging at the Olympics next summer. That would be a fitting completion for me of everything we’ve strived to achieve in women’s football in my home country.”

Somebody's got a message for you… 👀 pic.twitter.com/MjhE6wgvzu

“Sarina was our No. 1 choice,” FA director of women’s football Sue Campbell said. “She’s the perfect cultural fit for us, which is crucially important in building a winning team. Her technical expertise, leadership skills and winning mentality is hugely impressive.”

Wiegman’s impressive playing career with the Netherlands includes 104 caps for her country, which she previously captained. She won a national championship at the University of North Carolina in 1989.