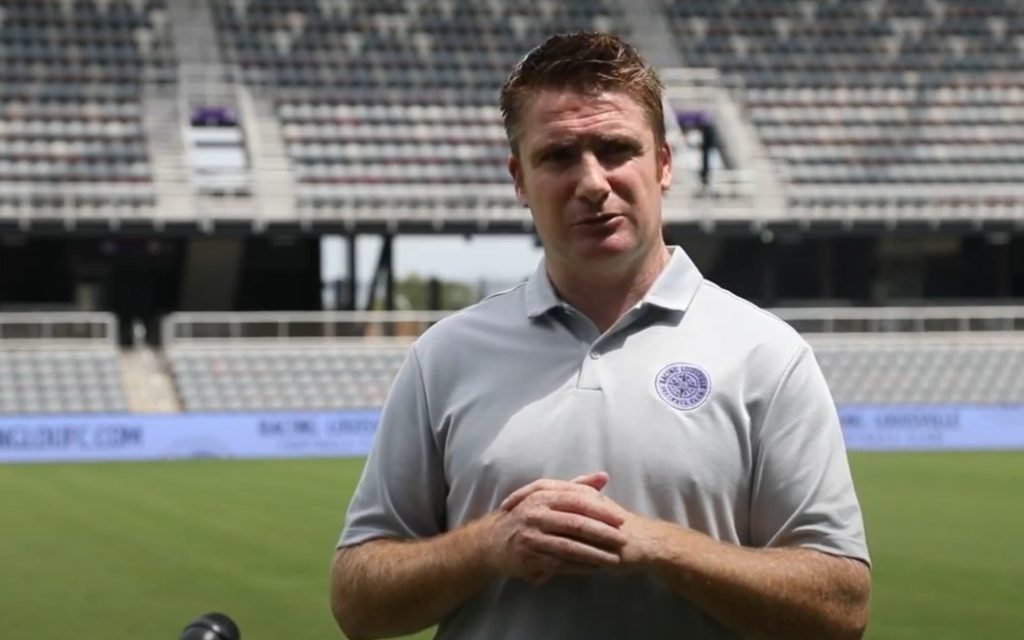 A process which began with an influx of resumes as long ago as January concluded with Wednesday’s announcement of Christy Holly as the inaugural head coach for National Women’s Soccer League 2021 expansion side Racing Louisville FC. In total, a group of about 50 women and men were considered for the job, and Holly prevailed from a short list of five, one of whom withdrew to pursue a different opportunity.

“There were some big prominent names. Men, women, people from all different backgrounds,” James O’Connor, Racing’s executive vice president of development, who headed the search, told The Equalizer on Wednesday. “International candidates, coaches that have been involved with college soccer, some that have been involved with youth national teams. It was a pretty exhaustive search with regards to the amount of people that we spoke to. We took our time.”

In the end, it was Holly’s experience with what O’Connor referred to as multiple platforms that helped tip the scales in his favor.

Access the best women’s soccer coverage all year long
Start your FREE, 7-day trial of The Equalizer Extra for industry-leading reporting and insight on the USWNT, NWSL and beyond.
Subscribe
Existing Users Sign In Here
Related TopicsChristy HollyExtraFeaturedJames O'Connor