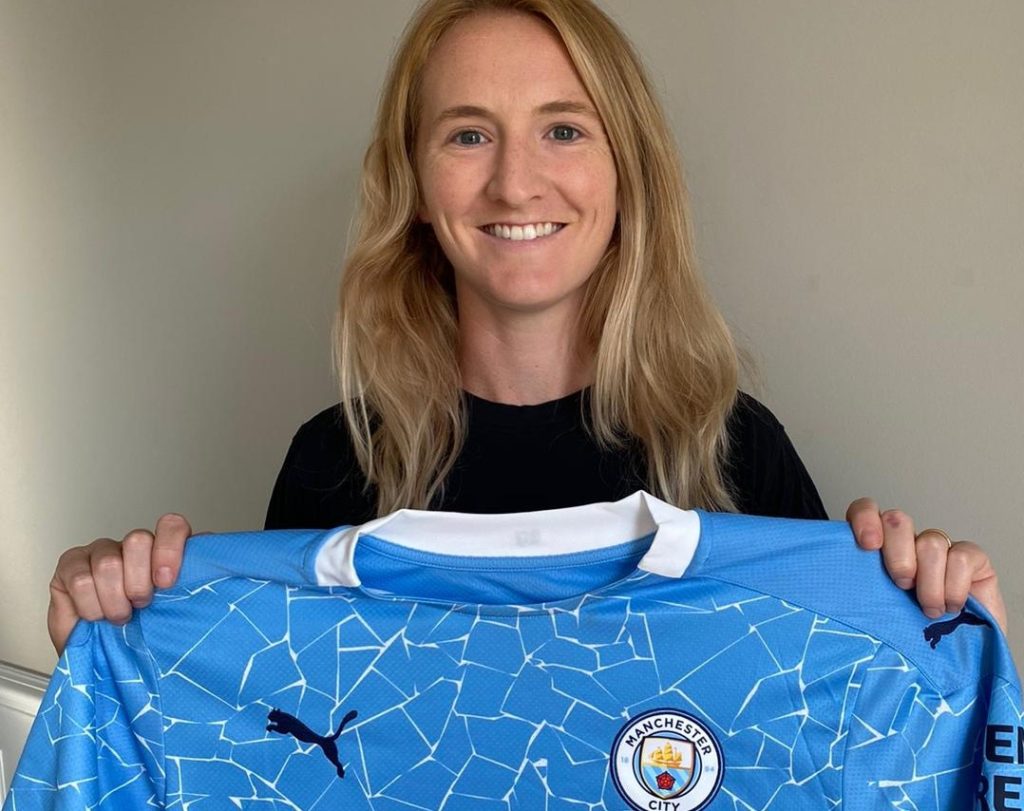 At a time in the world when no one knows quite what their next move should be, Sam Mewis made a bold one for herself. Mewis was officially unveiled by Manchester City on Tuesday, addressing the media via Zoom from the local hotel where she is quarantining after traveling from the United States. She’ll be free and clear well in advance of the rechristened Community Shield match against Chelsea on August 29. The Women’s Super League season begins a week later at Aston Villa.

“When I’m going to be looking back on my career, playing overseas is something that I’ve always wanted to do and something that excites me,” Mewis said. “I feel like it in general will add some depth and experience to my game. Just being around this kind of culture and playing for such a great club is going to add to what I have in my repertoire as a player.”

Prominent National Women’s Soccer League players fleeing to play in Europe has long been a grave concern for those closest to the league. Mewis follows the likes of Alex Morgan, Morgan Gautrat (then Morgan Brian), Crystal Dunn and Carli Lloyd, the latter who played briefly with Manchester City. All of them came back to the U.S.

To say the circumstances surrounding the Mewis move are different would be an understatement.

Access the best women’s soccer coverage all year long
Start your FREE, 7-day trial of The Equalizer Extra for industry-leading reporting and insight on the USWNT, NWSL and beyond.
Subscribe
Existing Users Sign In Here
Related TopicsExtraFeaturedManchester City