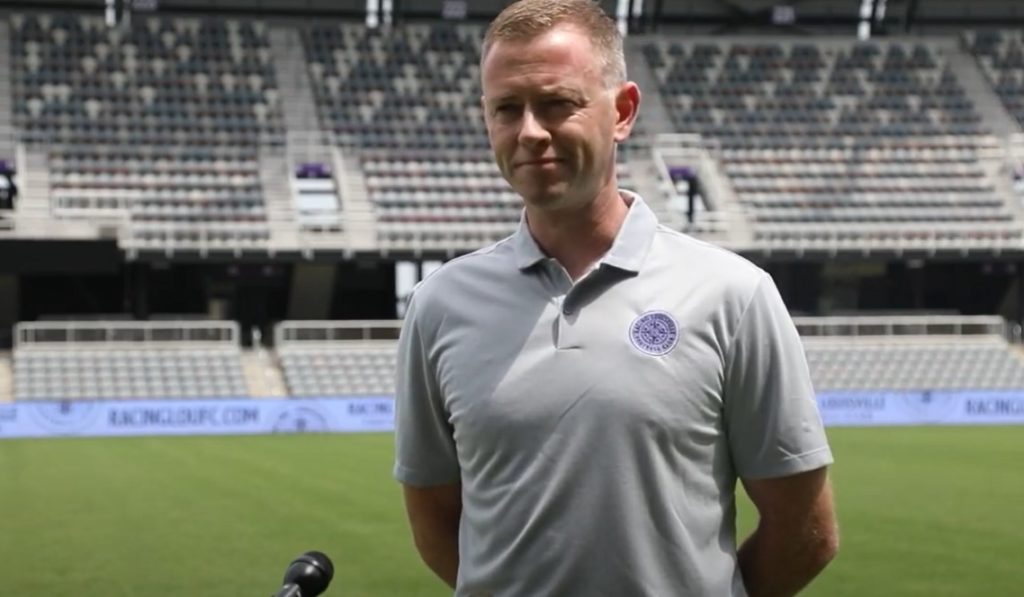 Christy Holly was on Wednesday announced as the first head coach in the history of Racing Louisville FC, which will begin play in the National Women’s Soccer League in 2021. Holly last coached in the NWSL in 2017, when he left Sky Blue FC in the middle of the season amid disagreement with management and a run of rough mid-summer results. Since then, he served as an opposition scout for Jill Ellis on the United States’ road to the 2019 World Cup title, as well as in various assistant coach roles for U.S. youth women’s national teams. Holly spoke with The Equalizer on Wednesday about his hiring in Louisville, his vision for the team, and his side of what happened at Sky Blue three years ago to the month. How did this opportunity come about? Why was it one you want to be a part of? Quite frankly, James reached out to me [in February]; I didn’t reach out to him. We just had a conversation. Through the conversation, he shared with me some of the ambitions that they want to achieve and also the way in which they want to achieve it — the values that were important to them. And then, from that point forward, I spoke with the owners, I spoke with Brad [Estes], the club president, and it seemed that there was really good alignment there with the values and the vision that we would have for the club, so for me that was exciting. In the previous two and a half, three years, I’ve spent working with U.S. Soccer and I’ve been surrounded by some of the best coaches in the world, and [I’ve] just been a sponge and just learning from them. I was the [United States senior team] opposition analyst and an assistant with the [Under]-23s and 17s. I’ve been very fortunate. I tied that together with my own motivations, and here we are. I know you scouted for Jill Ellis last year and I saw the press release noted Vlatko Andonovski’s assistance in this process. What were you most recently doing for U.S. Soccer? What was that relationship like? Since September 2017, I’ve been with the first team, working for Jill. And that’s the whole staff, working for Jill, Tony [Gustavsson], Graeme [Abel], B.J. [Snow] and Steve Swanson as well. My job, ultimately, was to go out and report on the plans of the opposition team and how we could go after them to be successful. Continue reading…

Access the best women’s soccer coverage all year long
Start your FREE, 7-day trial of The Equalizer Extra for industry-leading reporting and insight on the USWNT, NWSL and beyond.
Subscribe
Existing Users Sign In Here
Related TopicsChristy HollyExtraFeaturedNWSL Expansion