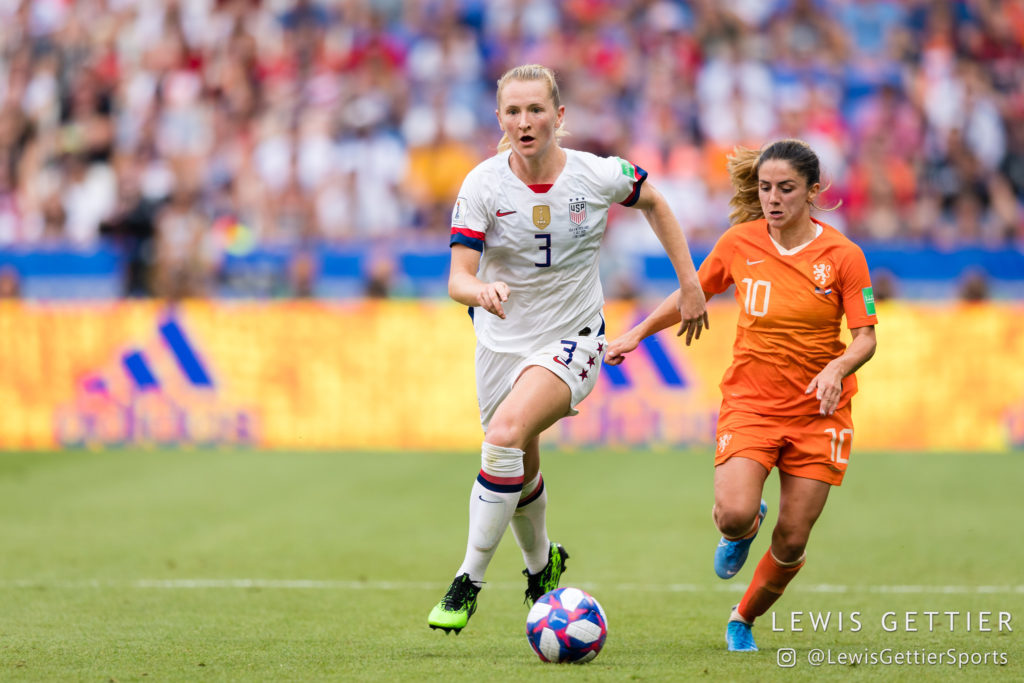 Sam Mewis is heading overseas. The three-time National Women’s Soccer League victor has joined Manchester City Women for the upcoming 2020-21 campaign. The deal is a one-year signing for the season.

Mewis has so far spent her entire career in the NWSL, beginning with her being drafted by the Western New York Flash in 2015 with the No. 4 overall pick. In 2016, she and the Flash won the NWSL Championship, and then the franchise moved and became the North Carolina Courage. Mewis won two NWSL Championships and made three championship appearances with the Courage.

Internationally, Mewis has scored 18 times in 67 appearances for the U.S. women’s national team. She was on the World Cup winning roster last summer and traveled as an alternate to the 2016 Summer Olympics in Rio.

Mewis said that the opportunity to join the WSL and Manchester City came at a “really great time.”

“As soon as I heard about the chance of coming to play for Manchester City, I was immediately interested,” Mewis said, via the Manchester City website. “The club is one of the best in the world and I’ve heard such good things about the women’s side as a whole and the incredible facilities. I’ve followed the men’s team too for a long time.

“This is a really cool, unique and amazing opportunity in my career and I’m so excited to come and see Manchester as a city, be a part of this incredible club and hopefully help the team achieve their goals.”

Can't wait to see a bit of this next season, @sammymewy! 🔥

Meanwhile, Manchester City head coach Gareth Taylor said that he can’t wait to see Mewis on the pitch for the club.

“We’re thrilled to welcome Sam to Manchester City and we’re thoroughly looking forward to working with her,” Taylor said. “As well as being a World Cup winner, she will bring a wealth of experience and quality to our squad and I’m really pleased that she feels she can fulfill her ambitions with us.”

In the NWSL, North Carolina will retain the rights to Mewis.

Paul Riley, head coach of the Courage, said that the move is important in “many aspects.”

“She gets to be uncomfortable again, her role will change, different tactics, and she will be shaped even further as she strives to become the best box to box midfielder in the world,” Riley said. “Most important for Sam right now are competitive games especially leading into an Olympic year and she will be able to play 20 games over the next six to seven months which is hugely valuable.” 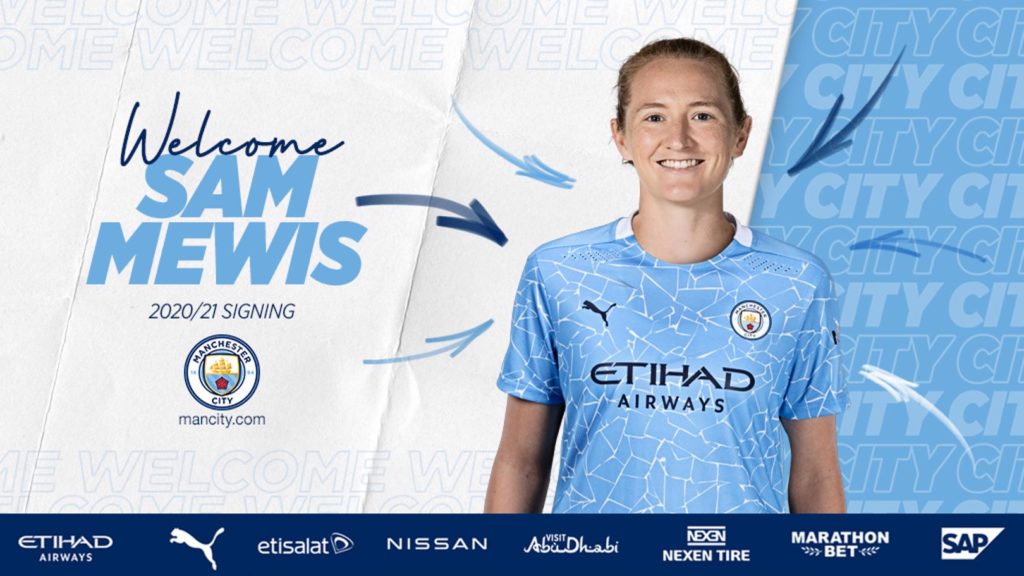 Sam Mewis has signed with Manchester City Women for the 2020-21 season.