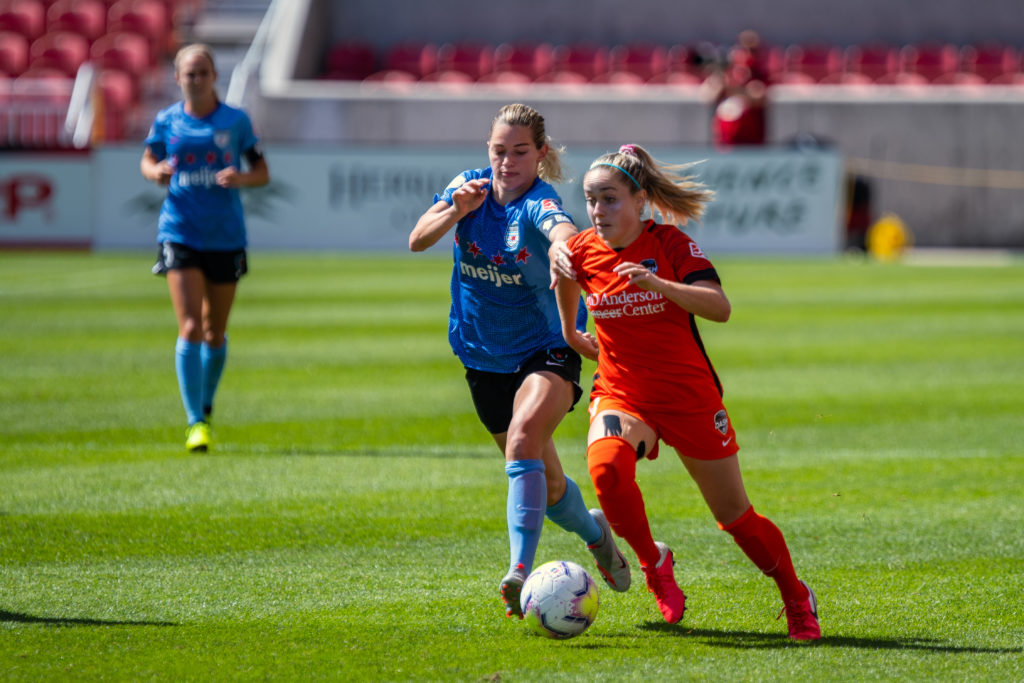 Bri Visalli first came into the National Women’s Soccer League back in 2018, drafted near the end of the second round by the Chicago Red Stars. But despite her impressive college resume, which included second team All-American honors and winning West Coast Conference Player of the Year as a senior at Pepperdine, she failed to play a single minute in Chicago, or even earn a professional contract.

Player salaries in the NWSL increase every year, meaning less early retirements. Combined with the lack of league expansion over the past four years, that has meant less opportunities for young players coming into the league.

Visalli — who was holding on to her NWSL dream as a practice player with the Red Stars and trying to support herself as a barista, waitress, dog walker, and babysitter — considered leaving the game entirely.

“When you’re working three jobs and it’s hourly, and you’re having to run around as a reserve picking up balls and cones after each session and you’re bringing water to players, you’re [thinking], ‘Am I ever going to make it? Is this really part of the process, or am I just going to be that reserve who holds on too long and then it’s just not meant to be?”

“It’s a dark place,” she told The Equalizer.

Access the best women’s soccer coverage all year long
Start your FREE, 7-day trial of The Equalizer Extra for industry-leading reporting and insight on the USWNT, NWSL and beyond.
Subscribe
Existing Users Sign In Here
Related TopicsBrianna VisalliExtraFeatured

Kickin’ Back with Aly Wagner
The Equalizer Podcast: NWSL after the Challenge Cup