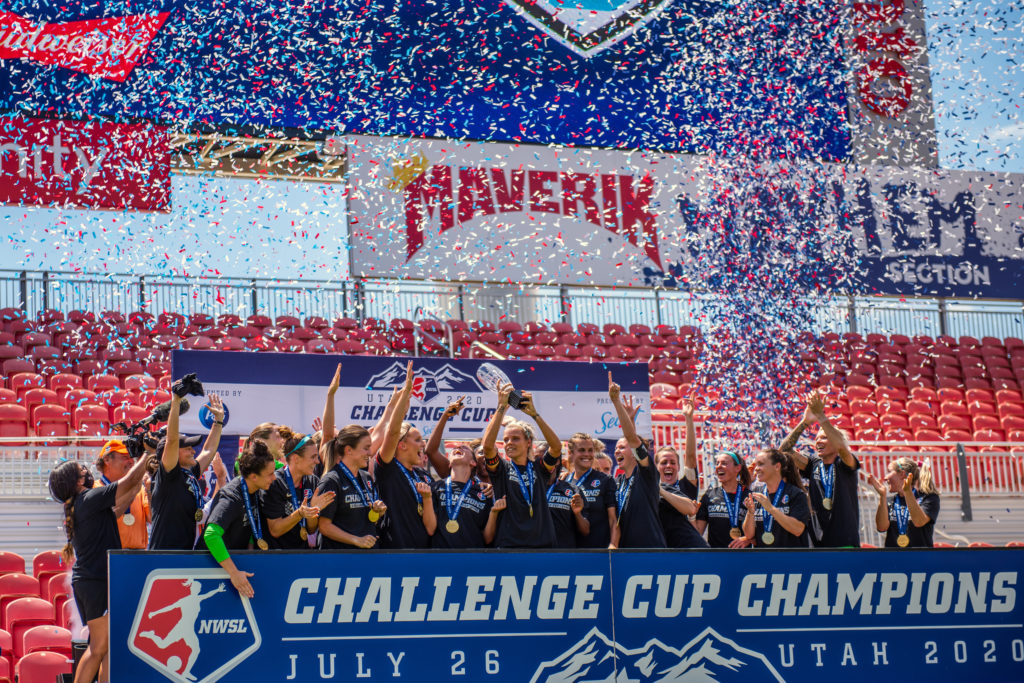 Champagne showers? More like beer showers for the Houston Dash!

The party truly got started when Rachel Daly headed into the post-game press conference double-fisting two Budweiser beers. Budweiser, of course, sponsored the game and is a national sponsor of the league.

Then, in the locker room, the party didn’t slow down for the Dash. It carried on back at the team hotel and on the charter flight back to Houston… and some more in Houston.

Thanks for making it a special one, @budweiserusa! 🍻#NWSLChallengeCup pic.twitter.com/kp294IpKht

lmao the dash are drunk pic.twitter.com/hAy1e8u9fY

Seeing Kristie Mewis having the time of her life is what she deserves!! pic.twitter.com/GuuIryGqva

And, of course, the plane ride didn’t disappoint either.

how fast does YOUR captain, MVP, and golden boot-winner shotgun? pic.twitter.com/4JmVbHWGM5

H-Town Hold It Down.