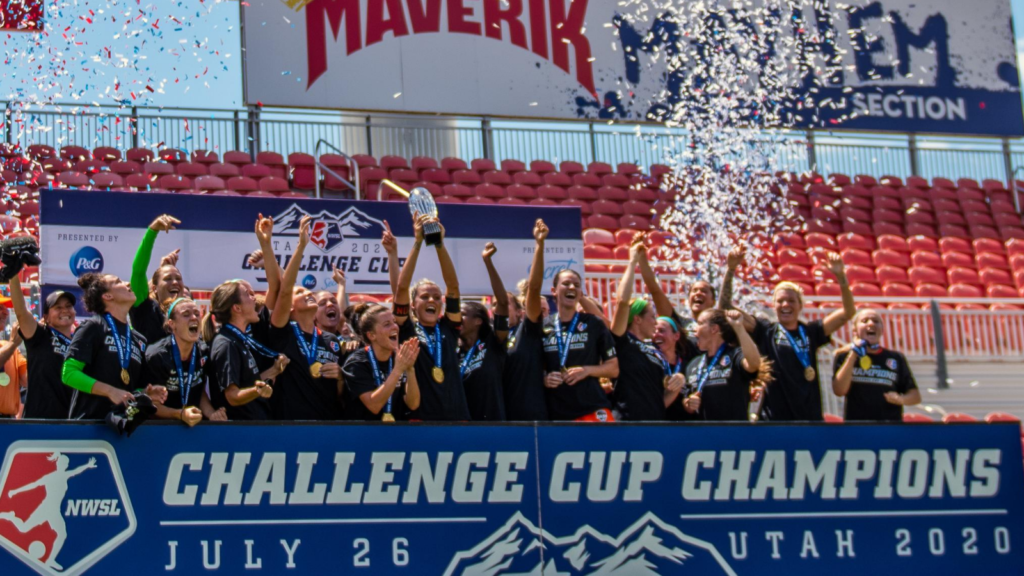 Rachel Daly double-fisting Budweisers in Sunday’s postgame press conference was as spectacular an ending as the National Women’s Soccer League could have hoped for when plans were laid for the 2020 Challenge Cup earlier this spring.

In a literal sense, it was perfect product placement for the presenting sponsor of the tournament championship. More important, it was the dramatic, joy-filled end to an incredible story written in the ink of chaos that was the Challenge Cup, one which brought the league significant national attention and much-needed redemption to a long-struggling franchise.

The Houston Dash, led by tournament MVP Daly, had just collected their first trophy in franchise history, defeating the Chicago Red Stars, 2-0, in Sunday’s Challenge Cup final. It was the high point for a franchise which hasn’t had many but showed at the Challenge Cup that better times have arrived.

“It’s been a long five years; it’s been a difficult five years,” Daly said, championship medal around her neck as she spoke to a gaggle of reporters through a computer screen. “But five years at this unbelievable club is worthwhile, and it paid off today. I said it in my interview before: It wasn’t luck; it wasn’t [a] fluke. We comfortably won that game and we comfortably won a lot of games — and we’ve hung with the top teams.”

The Dash’s road to the NWSL Challenge Cup title started from the back
H-Town Hold It Down: Houston Dash celebrate hard after first-ever NWSL title