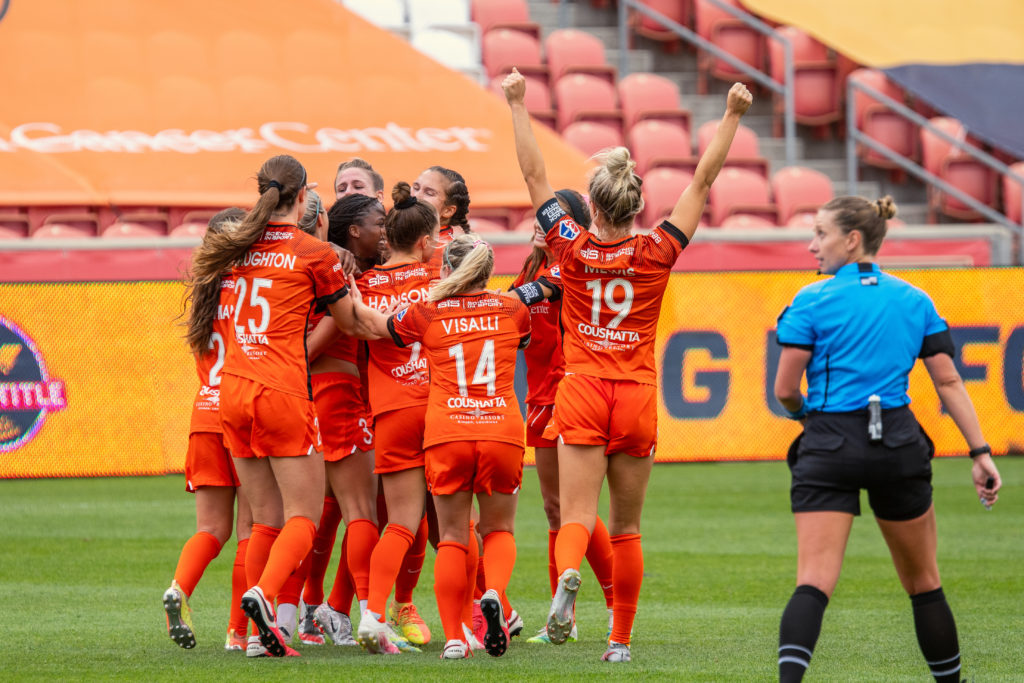 Photo of the Houston Dash courtesy of Lucas Muller.

Houston midfielder Kristie Mewis won a penalty kick in the 4th minute, after being taken down inside the box by Kayla Sharples. Of note, Mewis left the match early in the first half due to a hamstring injury, being replaced by Cece Kizer in the 29th minute.

Stepping up to the penalty spot was Canadian international midfielder Sophie Schmidt, who calmly slotted the penalty past Alyssa Naeher.

In the first minute of stoppage time, Shea Groom gave the Houston Dash another goal, seemingly ending the contest. Groom out-ran Chicago’s center backs, and then slipped a pass to herself past Naeher. Groom then slotted it into an empty net, with Sarah Gorden hot on her heels.

Scenes in Utah! 😍@sheabayy2 rounds Naeher and slots it home!

Meanwhile, the Dash pressured Naeher to make two saves, one against Katie Naughton and the other against Daly.

The MVP of the match was Groom.

DISCUSS: What do you think of the Dash winning the NWSL Challenge Cup?