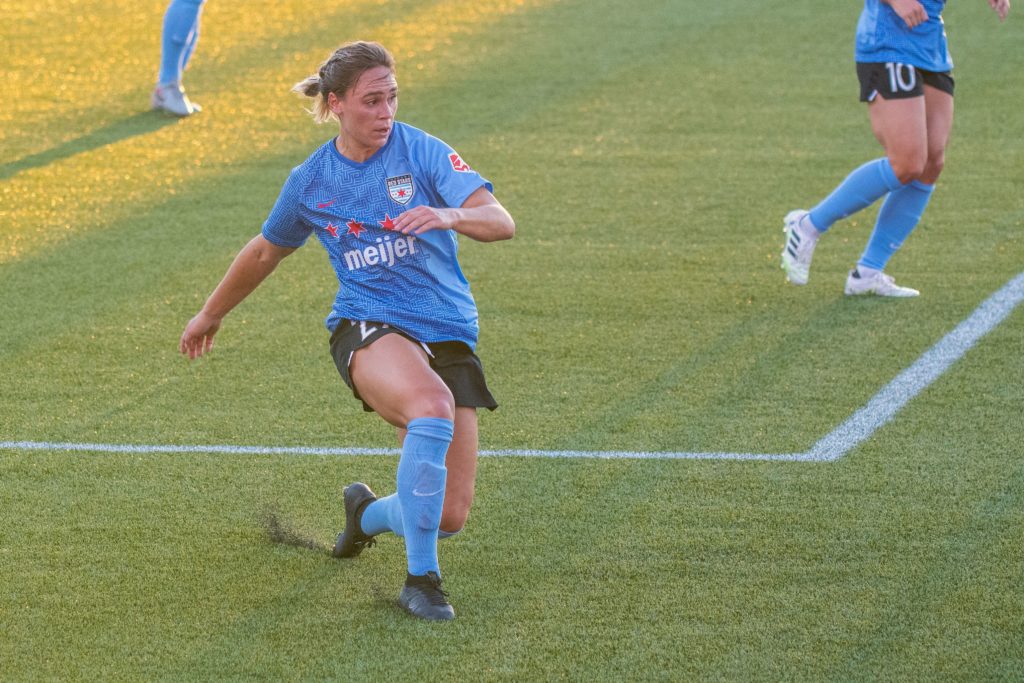 Goal drought? Not in this semifinal! The Chicago Red Stars booked their ticket to the 2020 National Women’s Soccer League Challenge Cup final on Wednesday with a 3-2 win over Sky Blue FC.

The Red Stars went ahead early through a moment of brilliance from right back Bianca St. Georges. Katien Johnson found St. Georges wide open on the edge of the 18, and the rookie defender cheekily cut the ball back before sending her shot past Sky Blue keeper Kailen Sheridan.

😱 what a way to score your first goal in the #NWSL!@biancastgeorges fires @chiredstarsPR ahead.

And just three minutes later, Rachel Hill doubled the lead for the Red Stars. An attempted clearance fell right to Hill near the penalty spot, and she was able to bury the ball past Sheridan.

Although Sky Blue was knocking on the door, it was the Red Stars that added another goal after the halftime restart in the 60th minute. On a quick counterattack, Savannah McCaskill found St. Georges wide, who sent it back to McCaskill in the box. McCaskill was able to bury it in the back of the net for the 3-0 lead.

But what’s “NWSL After Dark” without a little bit of drama? Sky Blue was able to pull one back in the 72nd minute when forward Evelyne Viens redirected a header from McCall Zerboni into the back of the net.

⚡️ @EvelyneViens20 pulls one back! ⚡️

😳 Superb from @100Purcent, and knocked in by Ertz.

But despite Sky Blue pushing for the equalizer, the Red Stars were able to hold onto the 3-2 win. The Chicago Red Stars will face the Houston Dash, who beat the Portland Thorns 1-0 earlier today, in the NWSL Challenge Cup Final on Sunday.