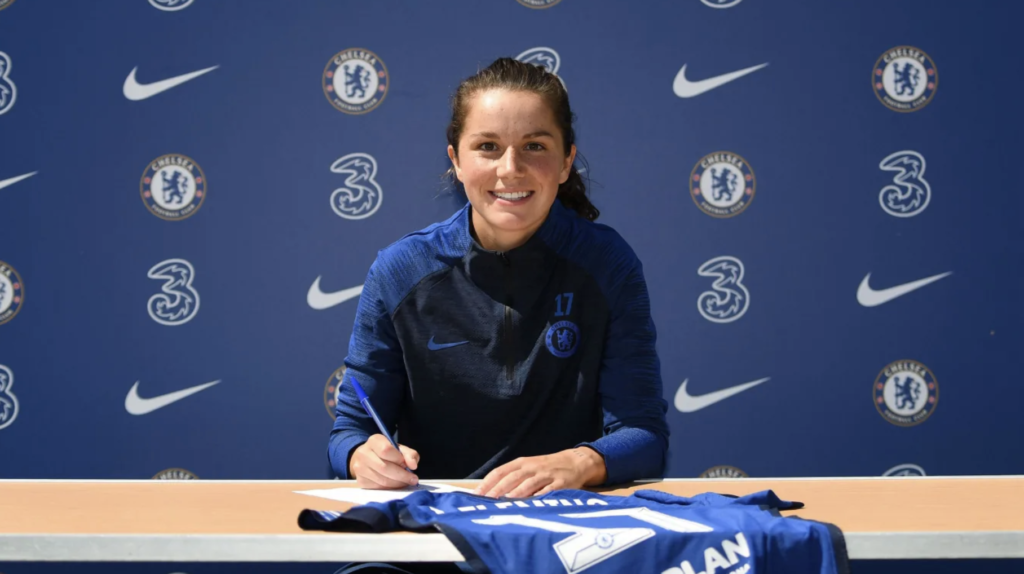 Jessie Fleming is heading overseas. The Canadian international signed a contract with Chelsea, which was announced Wednesday morning. Her deal, according to the club, will last until summer 2023.

Fleming announced her intention to turn professional this past month. She did not commit to a club, or league, at the time of her announcement. Fleming joins a Chelsea team that has Sam Kerr, Fran Kirby and Bethany England on the attack. Fleming is currently the lone Canadian on the Chelsea roster.

Fleming said she “knew” that she wanted to play in England’s WSL.

“I think the league is doing really well right now and there’s a ton of fantastic players in the league. For Chelsea, it was the players here. It’s a challenging environment. Having conversations with Emma [Hayes] and learning a bit more about the team, I was just really excited about the environment and what it had to offer,” Fleming said, via Chelsea.

Hayes, Chelsea’s manager, said that Fleming is one of the “top young players in the world.”

“For us to be able to sign her is a testament to the work that has been done here for a number of years. She chose Chelsea, this was her priority, her first choice and we were over the moon to get her,” Hayes said.

Fleming made her Canadian women’s national team debut at only 15 years old. She was the youngest player for Canada on the 2015 FIFA Women’s World Cup roster. She also joined the team for the 2019 World Cup in France, where she played every minute of the tournament for Canada.

At only 22, Fleming has 77 appearances for Canada, including 10 goals and four assists. She scored one goal in last summer’s World Cup against New Zealand.

At UCLA, Fleming started 72 of 75 appearances. She has a Bruins record of 25 goals and 22 assists in four years of competitive action. In 2019 and 2017, she was a MAC Hermann Trophy finalist. She did graduate from UCLA with a degree in materials engineering, with an environmental science minor.

From London 🇨🇦 to London 🏴󠁧󠁢󠁥󠁮󠁧󠁿…