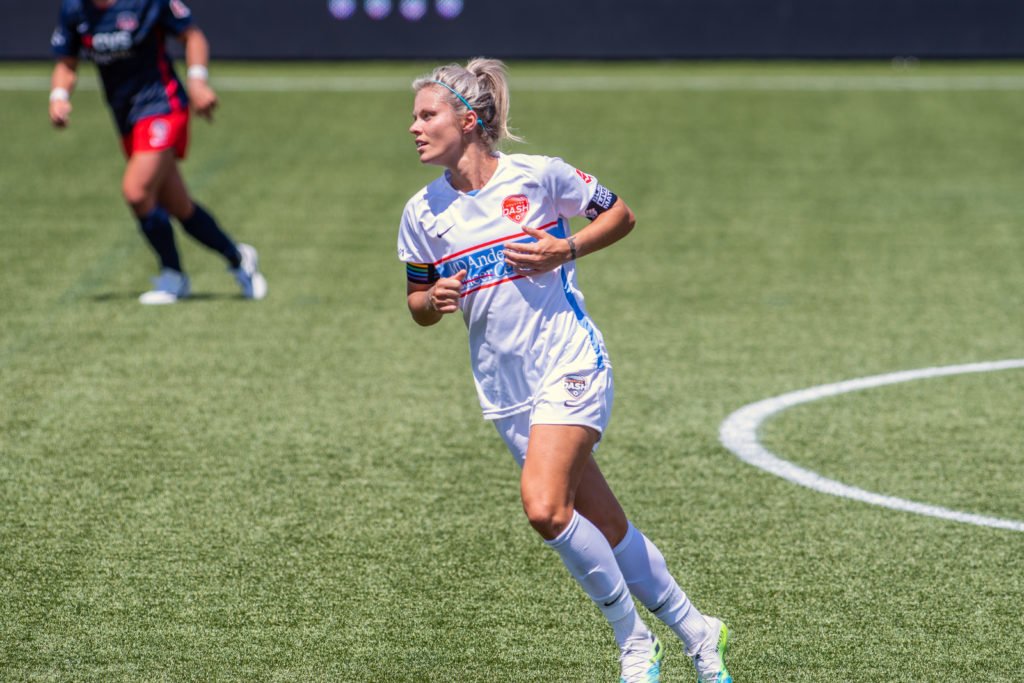 The Houston Dash are doing something that they have never done before: they’re going to a final. Houston picked up a major club victory over the Portland Thorns FC, 1-0. Rachel Daly was the hero of the day for Houston, scoring in the 69th minute on a corner kick.

The ball originally found the head of Sophie Schmidt, who got the ball on frame, but hit the crossbar. The ball took a deflection from the bar to Daly, who pounced on it with a diving header. Daly’s header actually hit the back of Portland goalkeeper Britt Eckerstrom, too.

Now, the Dash will wait on Wednesday’s Sky Blue FC vs. Chicago Red Stars match to see who they will face in the Challenge Cup Final. The final will air on CBS. Both semifinals and the final are being held at Rio Tinto Stadium, on a grass field.

Houston continued to press on the attack, as Nichelle Prince also threatened Eckerstrom and the Portland defense.

Eckerstrom finished the match with three saves against Prince, Daly and Bri Visalli. Meanwhile, on the other end, co-captain Jane Campbell made two saves against Simone Charley, who left the match in the 66th minute and was replaced by Tyler Lussi.

Portland had chances throughout the match as well, namely in the first half. The best chance for Portland came from Charley’s shots on goal, but also a one-on-one attempt from Christine Sinclair in the first half. However, Sinclair blasted her shot way over Campbell’s crossbar.