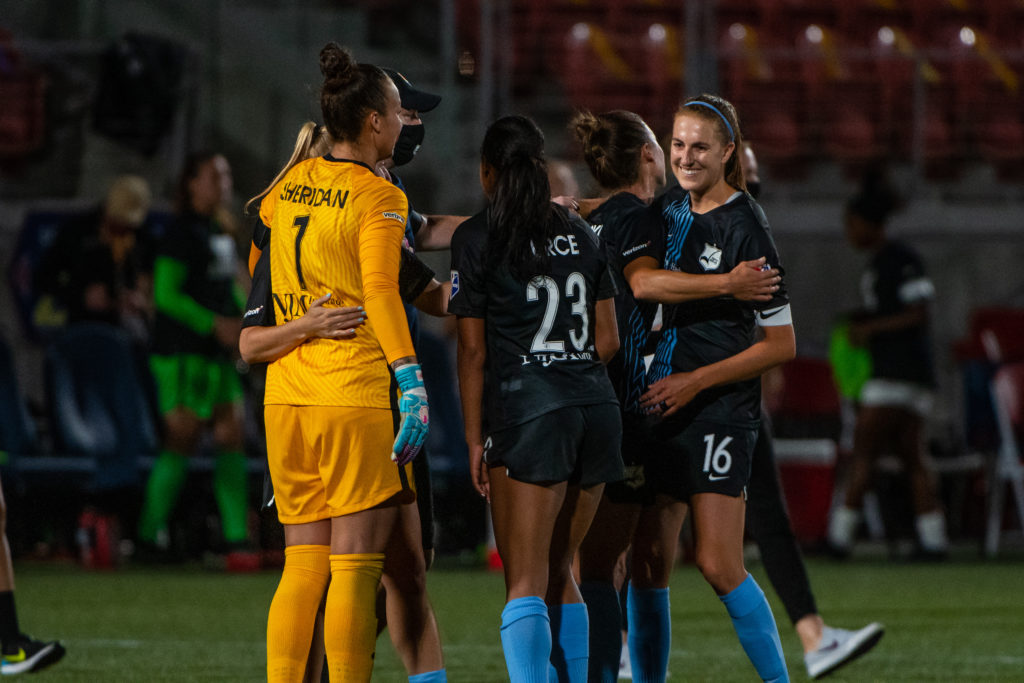 Sky Blue FC are heading to the semifinals of the 2020 National Women’s Soccer League Challenge Cup after defeating the Washington Spirit, 4-3 in a penalty-kick shootout following a scoreless 90 minutes in Saturday’s quarterfinal.

Kailen Sheridan made the deciding save for Sky Blue, denying Bayley Feist’s tame effort on Washington’s fifth spot-kick. Sam Staab put her shot over the bar on Washington’s third attempt.

Sky Blue FC will play the winner of Saturday’s other quarterfinal, between OL Reign and the Chicago Red Stars, on Wednesday.

Sheridan made the biggest save of regulation play just before halftime when she lunged behind her to scoop away a diving header from Spirit rookie Ashley Sanchez.

A tough miss from right in front, but @SkyBlueFC's offense is coming alive here in the second half! pic.twitter.com/MOeyRLnnlG

Kumi Yokoyama hit the bar for Washington just after halftime.

Off the crossbar! Right to Kailen Sheridan. @WashSpirit is knocking on the door! pic.twitter.com/NLTF86cPdw

The Sky Blue organization last advanced in a knockout-round competition in 2009, the inaugural season of Women’s Professional Soccer. Sky Blue won three games in a week — all on the road — that year to win the title.

What did you think of the game? DISCUSS BELOW.