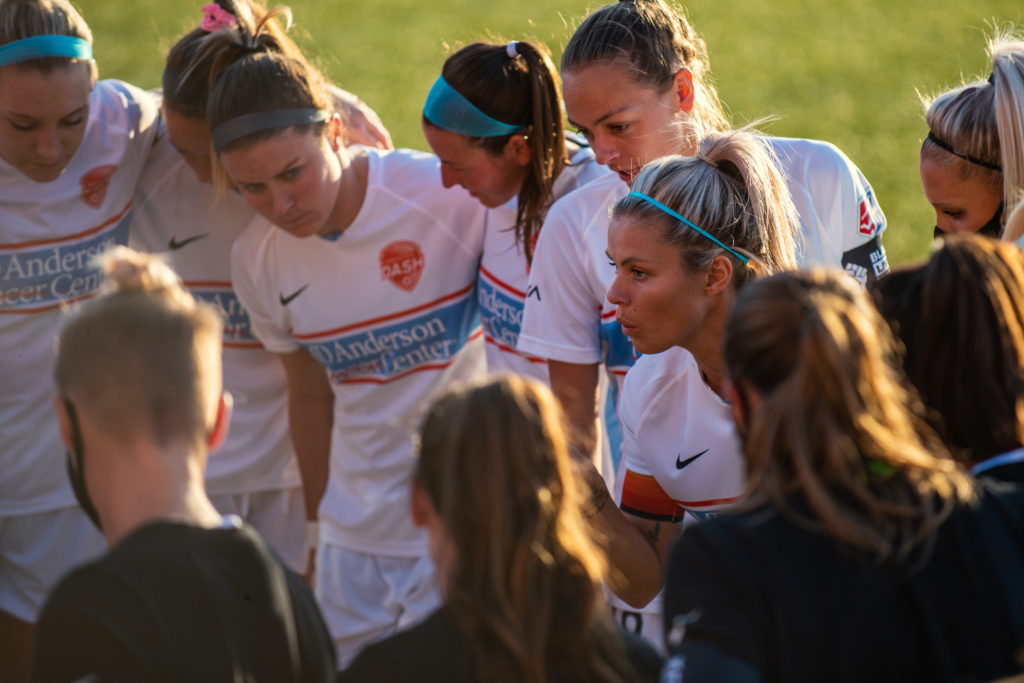 The Houston Dash won a knockout game for the first time in franchise history on Friday, defeating Utah Royals FC, 3-2 in a penalty kick shootout after a scoreless 90 minutes. Dash goalkeeper Jane Campbell saved two of Utah’s kicks in the shootout.

Houston will play the Portland Thorns — who upset the North Carolina Courage in Friday’s other quarterfinal — on Wednesday in the first semifinal as the 2020 National Women’s Soccer League Challenge Cup shifts to Rio Tinto Stadium.

Utah and Houston stunned fans of the NWSL with a 3-3 draw in their first meeting at the NWSL Challenge Cup on June 30. However, their meeting in the quarterfinals proved to be much different. The edge was there, and a few new moments of chippy play, too. However, both sides finished with a 0-0 scoreline, sending the match straight to penalty kicks.

Per Challenge Cup rules, there is no extra time in any of the playoff matches. If the score is deadlocked at 0-0 after 90 minutes and stoppage time, the game goes right to penalties.

Penalty-kick action was accompanied by goalkeepers with stellar play to keep the match level. Campbell was forced to make two saves in regulation against midfielder Mallory Weber. Meanwhile, Abby Smith made a few blocks, but recorded one official save against Bri Visalli.

As for the penalty kicks, Amy Rodriguez missed the first one for Utah, clipping the bar. Campbell made saves on Rachel Corsie and, on the final kick, Vero Boquete.

There was a certain cheekiness to the match, refereed by Danielle Chesky. It took until the middle of the second half for Chesky to obtain some control in the match. In the span of five minutes, Chesky gave three Utah Royals FC players yellow cards, including Katie Bowen, Tziarra King and Corsie.

The match’s first yellow card went to goalkeeper Smith in the 7th minute for coming off her line and tripping up Visalli. Replays showed the Smith tripped Visalli in the box, but Chesky called the foul outside the box and only gave Smith a caution.

Meanwhile, the Dash only received one yellow card, given to Kristie Mewis in the 9th minute.

Every line held up for the Portland Thorns in the biggest upset of 2020
Royals get bounced early, but lay groundwork for 2021