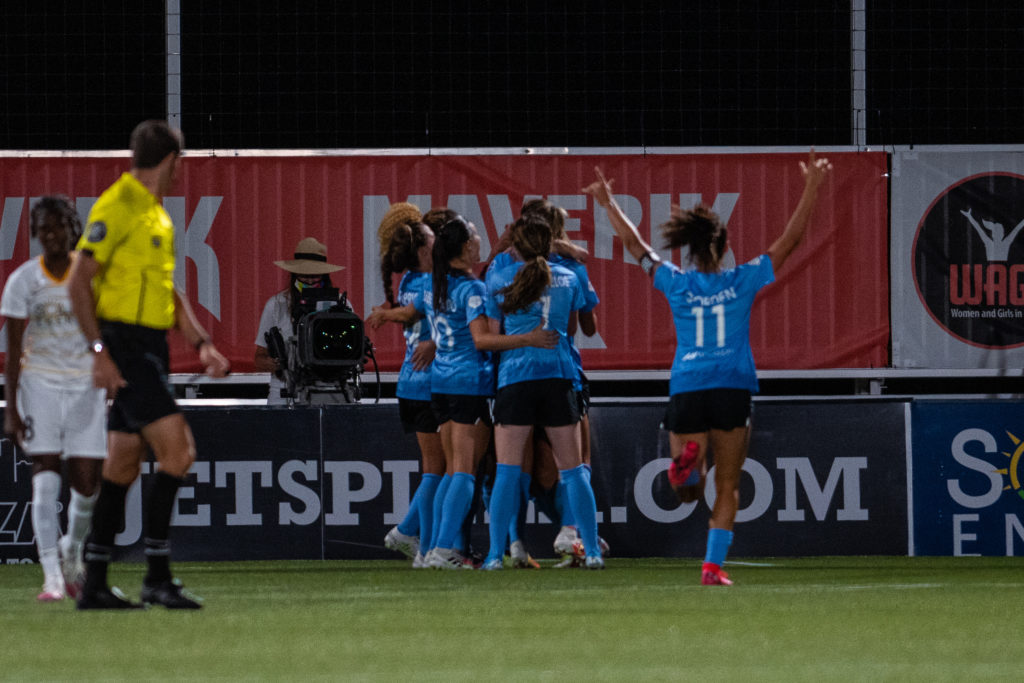 Chicago made all four attempts in the shootout. Shirley Cruz put the Reign’s opening attempt over the bar and Lauren Barnes hit the post on the Reign’s fifth and final kick, sealing the result.

Day two of the NWSL Challenge Cup quarterfinals did not disappoint for fans of the league’s goalkeepers, but it did not feature any goals. Fantastic goalkeeping was on display by Kailen Sheridan and Aubrey Bledsoe in the day’s afternoon match. Later in the evening, Alyssa Naeher of the Chicago Red Stars and Casey Murphy of OL Reign joined in the party.

During regulation, both goalkeepers were tested. Naeher had a much busier day in goal, recording six saves against Kristen McNabb, Jess Fishlock, Sofia Huerta, Darian Jenkins and Jodie Taylor. Meanwhile, on the other end of the pitch, Murphy made one stop against Savannah McCaskill.

OL Reign had the most chances in the match. However, the best chance of the evening for both teams came from Kealia Watt in the 67th minute. Watt danced around inside the box with the ball, surrounded by at least three Reign defenders but she missed her shot, slanting it wide of Murphy and failing to produce a real threat for Chicago.

These moves by Kealia Watt 🤯 pic.twitter.com/LMvPqdTb9k

The theme of the match, in regard to shots, was sending the ball over the crossbar. For the Reign, Huerta and Cruz both suffered from that. Cruz’s big chance came from distance in the first half, as she narrowly hit the ball too high.

What did you think of the game? DISCUSS BELOW