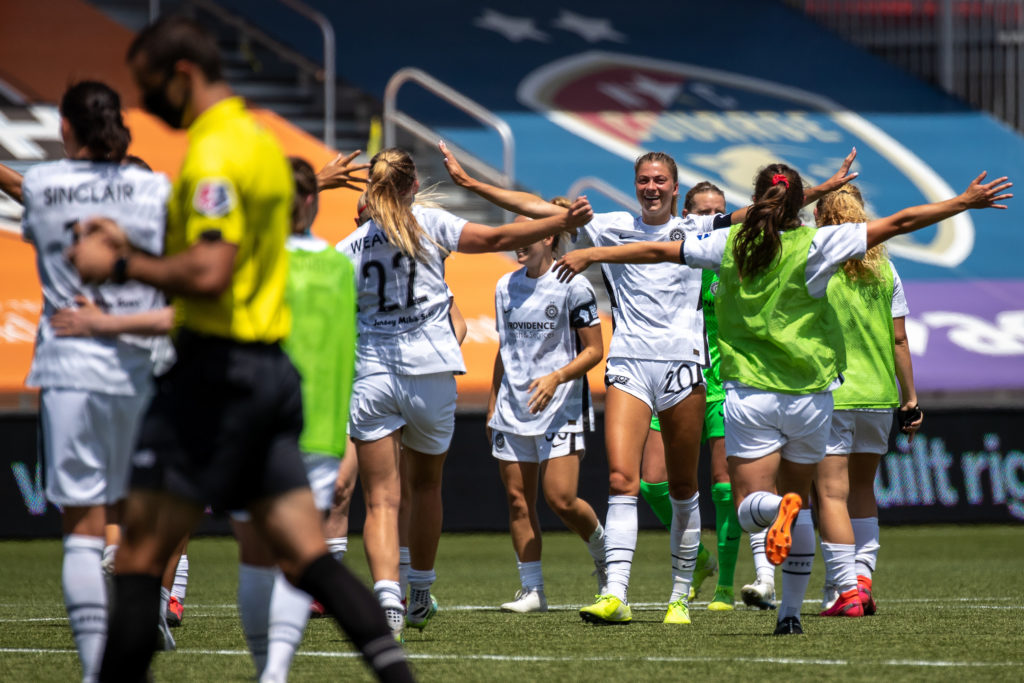 When a team has to assign their retired goalkeeping coach, no matter how legendary, as their emergency second keeper in the knockout stage of a tournament where the club has failed to notch a win, you have to assume that some things have gone wrong. That had been the story for the Portland Thorns. However, just enough went right in their quarterfinal against the reigning champions North Carolina Courage to flip the script of their tournament, and send the No. 1 seed home in a massive 1-0 upset victory.

There’s no doubt that the Portland Thorns have struggled with injuries throughout the National Women’s Soccer League Challenge Cup, and their starting 11 for Friday’s game was a mixture of sure starters, young talent, and depth that were asked to hold on against an onslaught. The absence of Tobin Heath and the injuries to AD Franch, Becky Sauerbrunn and Sophia Smith held back a Portland team that already had some gaps (surely made worse by the pandemic).

To make matters more dramatic on Friday, backup Thorns keeper Bella Bixby — a tournament darling throughout the group stage — was also left out of the available 18 due to injury, and Britt Eckerstrom (the eventual hero of this story) walked in to take her place. World Cup Champion and Thorns goalkeeping coach Nadine Angerer, while not suited up for it on the sideline, was listed as Eckerstrom’s backup.

Angerer didn’t have to see any time during the match, but her influence was still all over the pitch.

Where do the Courage go from here after their 2017 flashback?
Houston Dash advance to Challenge Cup semifinals, edging Utah Royals in PKs