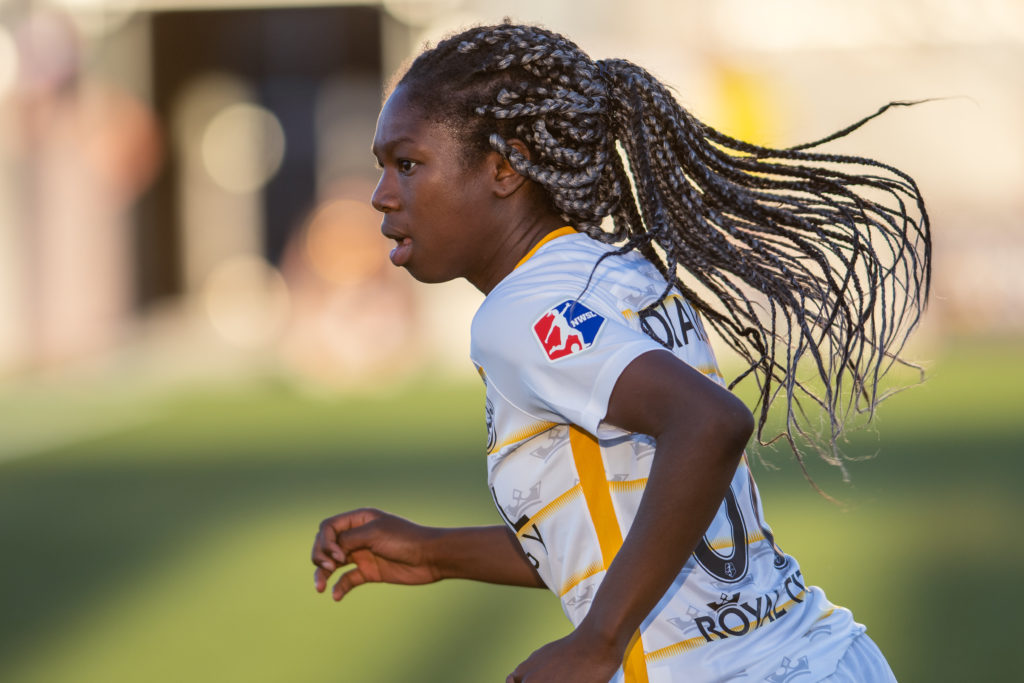 The National Women’s Soccer League made it easy for players to opt out of the 2020 Challenge Cup. With salaries guaranteed to contracted players, a number of big names, including Tobin Heath, Christen Press, and Megan Rapinoe stayed home; others, like Australian international Ellie Carpenter, signed abroad during the lockdown.A third group is the list of rumored international signings — including Dzsenifer Maroszan, Sarah Bouhaddi, and Kadidiatou Diani — that never materialized.

For anyone to want to opt out of playing a contact sport during a deadly pandemic is understandable, but that’s especially the case for players coming from European countries where the response to COVID-19 has been more consistent and case numbers have fallen. It comes as something of a surprise, then, that Aminata Diallo, the 25-year-old French midfielder the Utah Royals acquired on loan from Paris Saint-Germain in the offseason, decided to play in the Challenge Cup.

Her reasoning was simple. “I’ve been looking forward to coming since January,” Diallo told The Equalizer. “And I wanted to respect my commitment.”

While a number of Americans have made their way to France to play for PSG or Olympique Lyonnais over the years, lured by big salaries and the chance to call themselves European champions, the exchange hasn’t gone the other way.

Eckerstrom shines in Portland Thorns 1-0 upset of North Carolina Courage
Where do the Courage go from here after their 2017 flashback?