For NWSL players recovering from injury, 2020 is a different kind of challenge 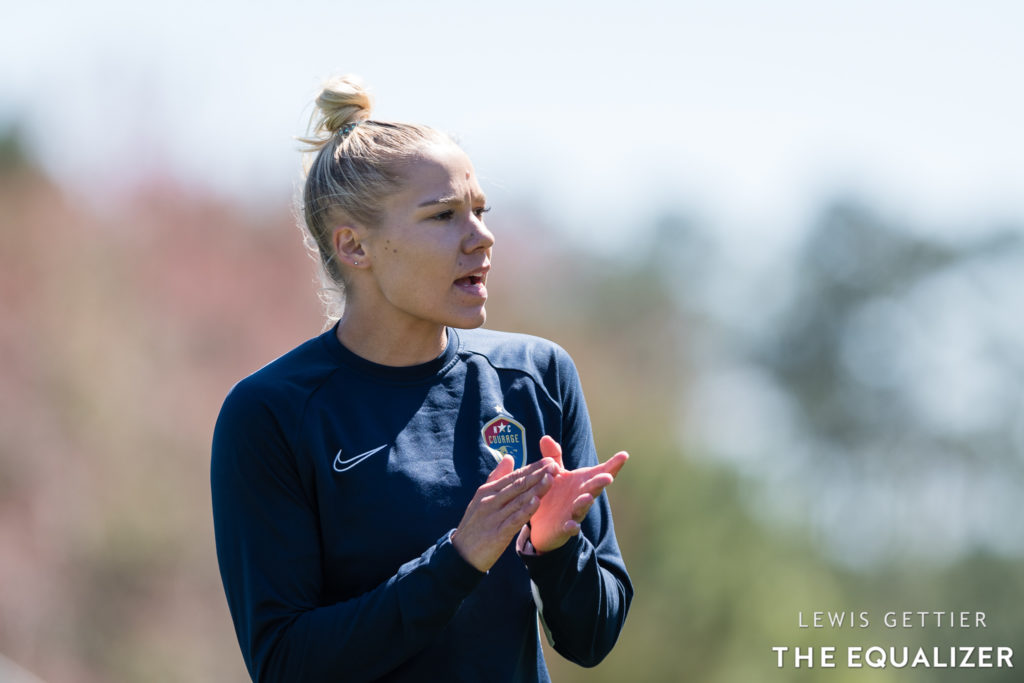 Among the players most affected by the National Women’s Soccer League’s one-month competition, in lieu of a full season, are those who have hardly been seen at all thus far in the Challenge Cup.

The Utah-based tournament was created in response to the COVID-19 pandemic which shut down the sports world in early March. The competition enters the quarterfinal stage on Friday, when each of the eight teams will play their fifth game in three weeks in high altitude and blistering heat – made worse by the games being played on artificial turf.

All players had questions about health and safety regarding COVID-19, but players returning from injury had additional concerns compounding that pressure. Should they play? Answers varied for everyone based on their unique situations.

“Are people setting themselves up for a big-time injury? That became more of a concern,” North Carolina Courage defender Merritt Mathias told The Equalizer before the tournament.

Mathias has not played at the Challenge Cup, and that was always the plan. She was North Carolina’s starting right back in 2019 until tearing her ACL in September. Her original plan for 2020 was to ease back into the relatively long NWSL season and be ready for the stretch run, when the Courage would no doubt be in the hunt for a third straight title. Mathias planned to start training with the Courage at the outset of the season and work her way toward full fitness at some point, perhaps around this time. That the 2020 NWSL season was slated to stretch into November for the first time ever meant Mathias and others rehabbing injuries had even more of a runway.

The world had other ideas. At first, the season was delayed due to the pandemic. There was hope that the 24-game season could be condensed into less time if the league could get back on the field safely by late spring. Initially, the prospect of that scenario was a small blessing for players like Mathias.

“Then everything just immediately changed,” Mathias said of the discussions around the 2020 NWSL season.