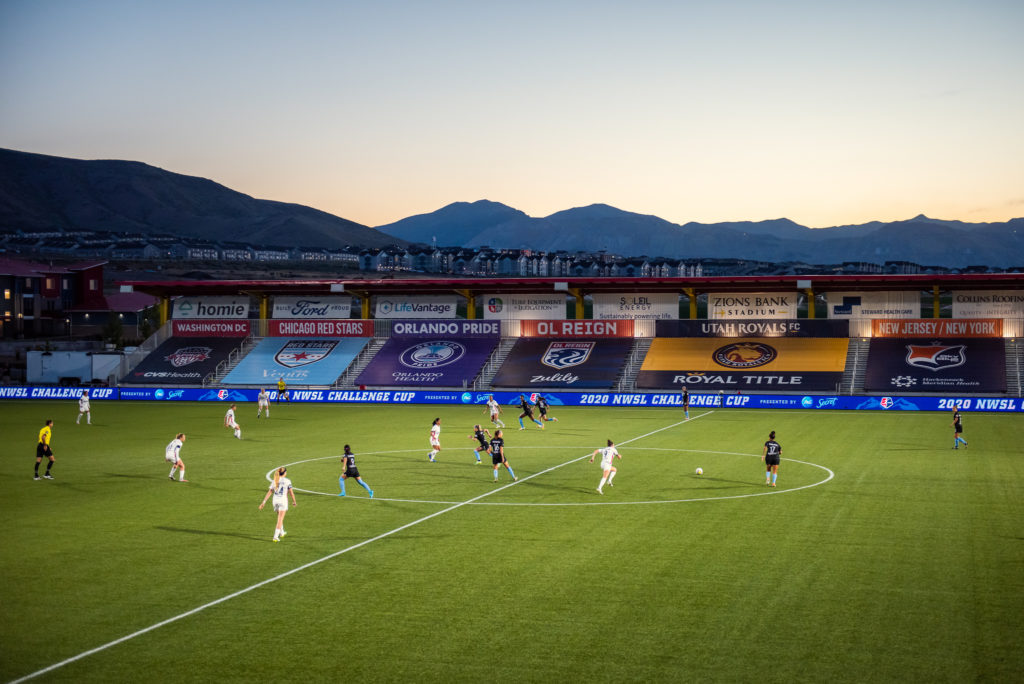 Rachel Daly has done her best to keep busy in Utah during the 2020 National Women’s Soccer League Challenge Cup. She has played a ton of Mario Kart and ping pong, and she is frequently on her Nintendo Switch.

Her teammate, Shea Groom, taught her how to juggle on the plane ride from Houston, and Daly kept up the hobby while in the NWSL athlete village.

But after being in that “bubble” for some time, the reality of the relatively isolated living situation began to sink in.

“It affects everyone. I think it’s difficult,” Daly said. “You’re not used to being cooped up in a hotel room, especially [when] it’s not even your own home.”

She says the team spends most of the day out of the room for training, gym sessions, recovery periods, meetings and meals.

But NWSL players and staff are quarantining in a facility in which the farthest they can venture out is the parking lot. Interaction with friends on other teams isn’t allowed. Plus, there’s the ‘normal’ pressure of playing soccer at the highest level — on turf in the sometimes more than 90-degree Utah heat. All of which adds up and can take a significant mental toll.

Before anyone arrived in Utah, the COVID-19 pandemic, and national reckoning on police brutality and racism — which brought uncomfortable conversations and added stress for Black Americans — led to a disruption of ‘normal life’ in America. Players have spoken out about how they’ve been navigating that while playing in the NWSL.

No one in the league has been exempt from the stress or anxiety, even as the Challenge Cup began nearly three weeks ago.

“This has been an absolute nightmare over the past few months. I think it’s a tough time for a lot of people and obviously the way the climate is right now, it’s not good,” said Daly, who joined the Pass It On campaign started by Sarah Gorden, which donates to a mental health program in Chicago. “I think people’s mental health is really affected through these times — and through all times, but more so through these times — and it’s important for me to use my platform to sort of help in that sense.” 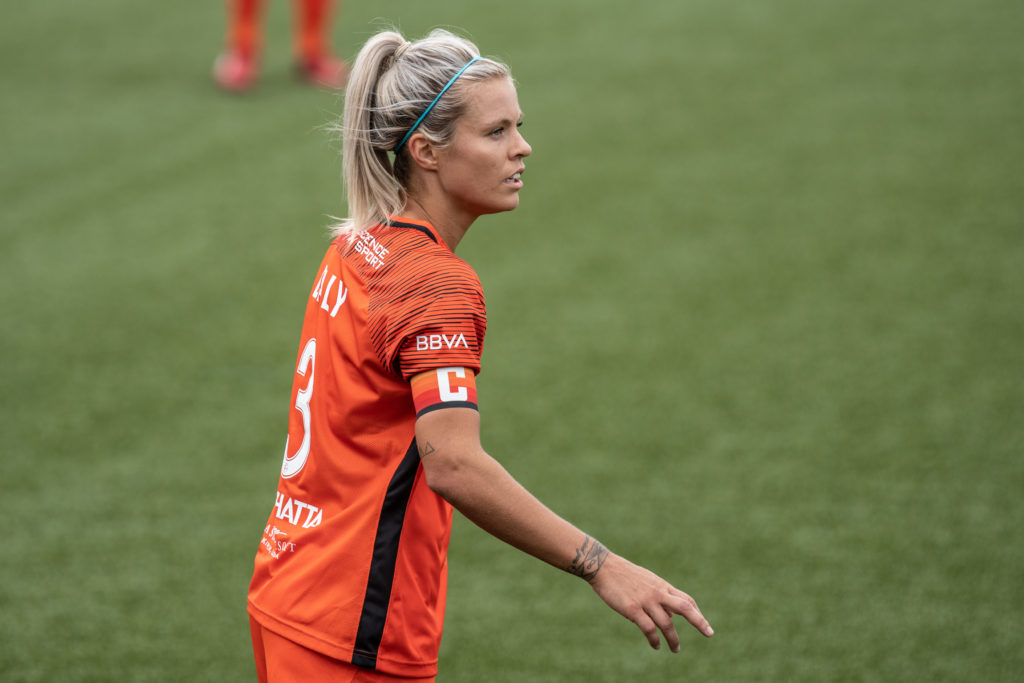 What happens off the pitch can also impact what happens on it. Sports psychologists Dr. Kensa Gunter and Dr. Angel Brutus recently spoke on a mental health and wellness panel, hosted by the WNBA’s L.A. Sparks, about the anxieties that exist surrounding health during the pandemic, as well as the future and return of sports.

“You have this unknown situation that’s riddled with uncertainty, increases in anxiety, and people trying to wrap their brains around that,” Dr. Gunter said. “I feel like right at the time people had gotten used to that a little bit, and were starting to see some light and thinking about integrating back into society as things were opening, you have the series of murders, including Ahmaud Arbery, Breonna Taylor, George Floyd, and other instances that happened with Christian Cooper and Amy Cooper in Central Park, and Tony McDade.”

The NWSL Challenge Cup’s opening day provided an immediate example of how those emotions don’t go away when players step on the field for a game. Chicago Red Stars players — most notably Casey Short and Julie Ertz, who held each other crying on their knees — were visibly shaken during the national anthem. Chicago head coach Rory Dames said after that match that his team struggled in the first half from the emotions of that moment and the heavy conversations in the week leading up to it.

On Monday, OL Reign forward Bethany Balcer left her team’s game against the Portland Thorns just before the second half. She limped off the pitch, suffering from a panic attack.

“I was having difficulty breathing today in our game, and knew something was wrong early on,” she wrote following the game, saying a similar situation happened last year during the NWSL semifinals. She said she’s hit an emotional wall.

“Soccer is much more than a physical sport. Mental illness plays directly into it,” she said. “Keep all the players in your thoughts [because] it’s really, really tough to stay mentally sharp and healthy in an environment like this one.”

After two exciting and thrilling matches from the Dash, the team plateaued. Clarkson cited “mental fatigue,” saying physically, the team was fine, but not doing so well psychologically. He reiterated concerns that current events, playing in the tournament and adhering to bubble restrictions are all taking a toll on Dash players and staff.

“Our players are very active and they understand what’s going on and [are] dealing with those things away from football,” he said. “Then, the pressures of being here and making the squad, performing and trying to get into the starting 11, playing in games, not playing in games. It’s just a lot. So, it’s just an accumulation of everything that’s been building up and it’s very, very tough. It’s a hotel; you’re in a hotel room. It’s hard, it’s a real grind. And I know every team’s going through it.”

Yael Averbuch West, co-executive director of the NWSL Players Association, said the PA has been working with its players to provide mental health resources, which will be financed by either the league’s insurance or the players association.

“Our primary concern as the NWSLPA is to look after the health and safety of our members,” she said. “That includes physical health [beyond just the risks of COVID-19] as well as the mental health challenges players may face, which are certainly heightened during this time. We check in regularly with our player reps on each team to see how they and their teammates are doing and what we can do to support. We have also sent detailed information to players about taking advantage of the mental health support that is covered under their NWSL insurance, and provided an option for players to speak to a sports psychologist at the NWSLPA’s expense.”

While the Dash have the time off to physically recover, they’ll get some mental rest as well. Daly acknowledges the unique moment the world is in, and says the fatigue also comes with a regular season. What helps is managing the load, recovering, and allowing individuals to have space for themselves, which she said Clarkson has been doing well to balance.

“We’re going to monitor it. Each individual is different,” Clarkson said Sunday about his strategy to combat mental fatigue. “We’re gonna give them space, sort of deflate the ball and get away from soccer for a little bit and then start preparing for the quarterfinal.”

At peace with the past, Kristie Mewis feels better than ever — and it shows
For NWSL players recovering from injury, 2020 is a different kind of challenge