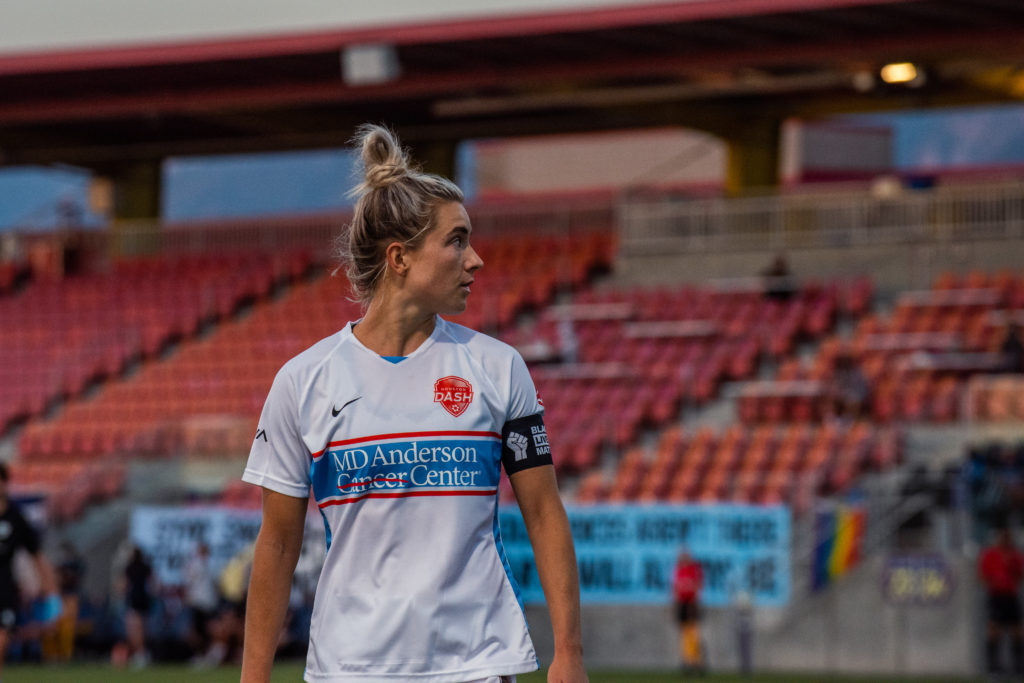 On May 27, 2018, Kristie Mewis tore her ACL. She views it as a physical, mental and emotional trigger.

“One of the most important things to me in my life is soccer,” Mewis explained in a recent phone interview from Utah, where her Houston Dash team is preparing for a quarterfinal on Friday against the Utah Royals in the 2020 National Women’s Soccer League Challenge Cup.

“When it was taken away from me… I don’t think I took it for granted, but I guess when something like that actually happens you realize how important it is to you and how much soccer is who you are. I just remember turning a corner and I was like, ‘I want to be something. I don’t know why I’ve been so passive all these years.’ I’ve just continued to grow from it.”

To fully understand Mewis’ journey, it is wise to go back to 2013. Following a highly successful career at Boston College, during which she climbed the United States youth national team ladder, Mewis was selected third overall by FC Kansas City in the inaugural NWSL College Draft. Many who believed she was the best player available thought it was a steal to get her with the third pick. That first season, Mewis dazzled on the flanks as a winger and outside back on a Vlatko Andonovski-led FC Kansas City side that not only made the playoffs, but helped rethink how U.S. domestic coaches developed club tactics.

FC Kansas City would go on to win the next two NWSL Championships, in 2014 and 2015, but they did so without Mewis.

A healthy Tegan McGrady might be the final ingredient to Washington’s success
NWSL players, staff grapple with mental health challenges of isolated tournament