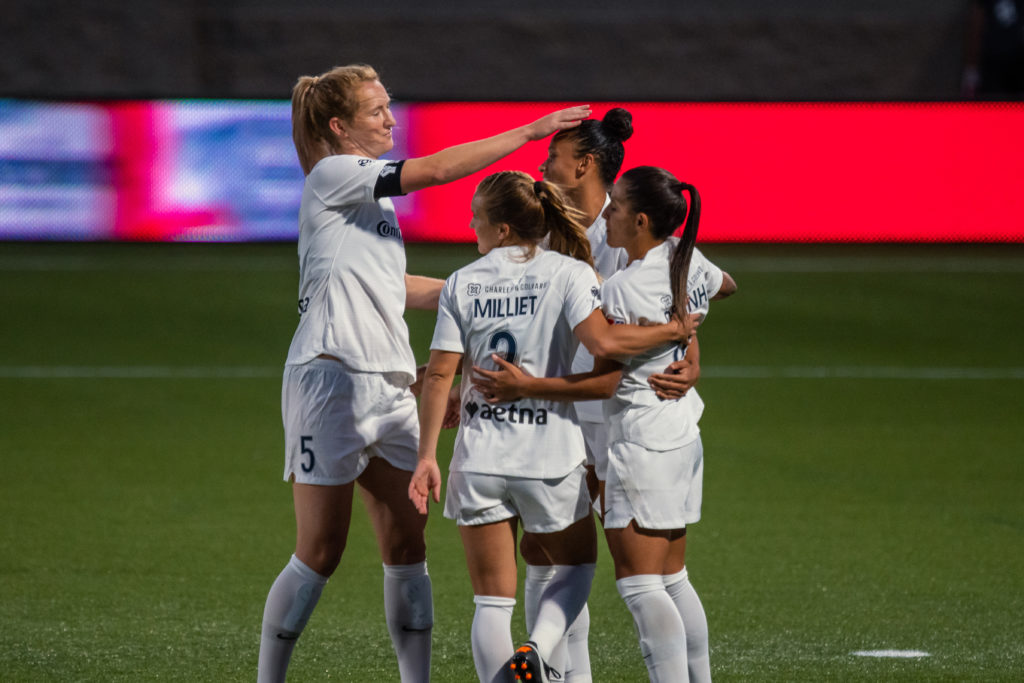 The North Carolina Courage entered the final match of the group stage already knowing their quarterfinal fate. The Courage clinched first place in the group stage with a victory over the Chicago Red Stars. Earlier in the day, the club found out they would take on the Portland Thorns in the quarterfinals.

However, that didn’t stop Paul Riley and the Courage from bringing their best against Sky Blue FC. North Carolina brought out all their star players, starting the likes of Sam Mewis, Crystal Dunn, Lynn Williams nad Debinha. Those four players made a difference in a 2-0 victory for the Courage.

Crystal Dunn puts the Courage up by two, off an assist from Lynn Williams. Good team play by the Courage.#NJvNC | 0-2 | #NWSL pic.twitter.com/5N53a6IwTQ

Mewis notched the first goal of the evening in the 7th minute. Her goal was technically unassisted, after commotion in the box saw the ball bounce around to a few different players. Abby Erceg was the last person, before Mewis, to touch the ball.

In the second half, the Courage doubled the lead, courtesy of Crystal Dunn. Off an assist from Lynn Williams, Dunn found herself open inside the box. After quickly pulling back, Dunn let her shot off and slid it past Canadian goalkeeper Kailen Sheridan.

Sheridan was tested in net — and busy. The goalkeeper was forced to make six saves, stopping the likes of Mewis, Debinha, Dunn and Williams. Meanwhile, on the other end of the pitch, the Courage picked Katelyn Rowland to feature in-between the sticks. Rowland did not record a single save, as Sky Blue could not register a shot on goal.

Sam Mewis finds the back of the net after some commotion in the box. Ball went to Williams, then Erceg and then to Mewis. Courage take the early lead!#NJvNC | 0-1 | #NWSL pic.twitter.com/BQIdsg28ef

Now, it’s onto the quarterfinals for all eight teams.

The quarterfinals will begin on Friday, July 17, with two matches. On Saturday, July 18, another two matches will be played to decide the teams going to the semifinals.

Scoring troubles remain for winless Thorns heading into knockout rounds
And now, we can all move on to knockout soccer