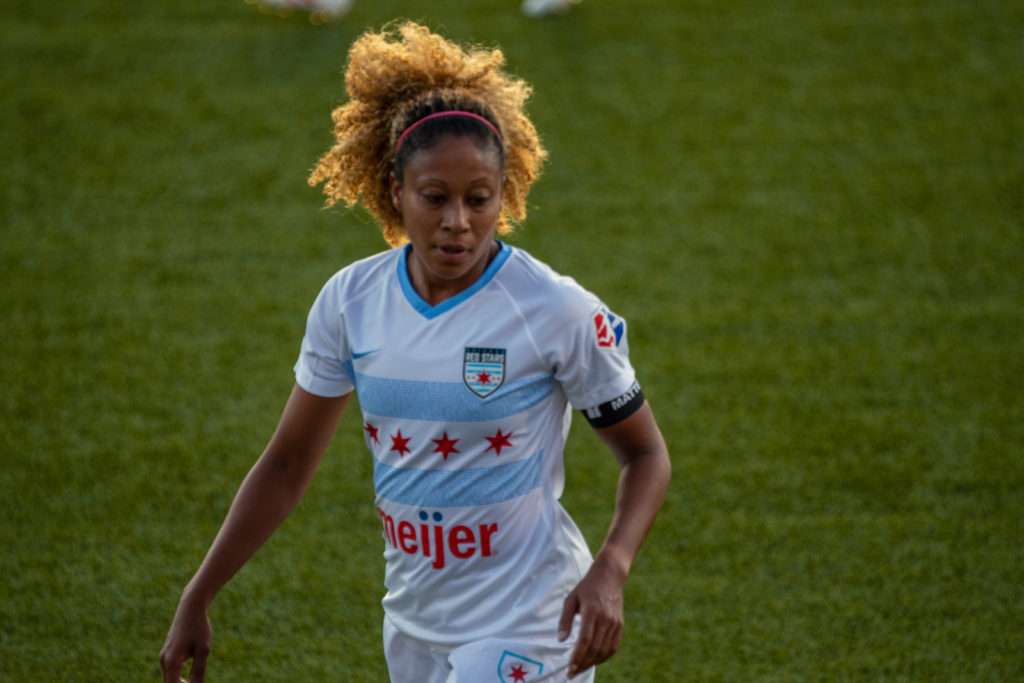 Sunday and Monday are the final days for teams to solidify placements and seeds in the NWSL Challenge Cup quarterfinals. With a win earlier on Sunday, the Washington Spirit launched into second place. Meanwhile, with the potential of playing North Carolina looming down on them, the Chicago Red Stars put out a full-force starting lineup against the Utah Royals FC.

After a 1-0 victory, the Red Stars now sit in sixth place.

Casey Short scored the match’s game-winning goal in the 85th minute. Savannah McCaskill floated a ball inside the box to Short, who was paired with defender Kelley O’Hara. Short propelled herself up and smacked the header past goalkeeper Abby Smith.

The final match of the group stage for the Red Stars and Royals provided chances, and goalkeepers Alyssa Naeher and Smith got to flex their muscles on saves. However, the story of the night was the exhaustion and injuries that occurred. Morgan Gautrat (neé Brian) was helped off the pitch right before the halftime whistle blew after colliding with goalkeeper Smith. At the beginning of the half, Rory Dames subbed off Gautrat and brought in veteran striker Katie Johnson.

Meanwhile, for the Royals, an early injury to Taylor Leach saw her receive only 26 minutes of game action. Elizabeth Ball entered the match when Leach was helped off the pitch.

Incoming!!! Abby Smith makes a big save against Morgan Gautrat, who is being tended to by the medical staff now.#CHIvUTA | 0-0 | #NWSL pic.twitter.com/ezAqvpr6Yw

Returning from injury, though, was O’Hara. The World Cup champion made her NWSL Challenge Cup debut in the 71st minute, entering the contest for Katie Bowen.

Two more matches remain in the group stage contest. OL Reign and the Portland Thorns will battle in a Cascadia rivalry at 12:30 p.m. EST tomorrow, while the North Carolina Courage will contest with Sky Blue FC at 10 p.m. EST.

The quarterfinals will begin on Friday, July 17.

Can't mess with those hands! Alyssa Naeher with a picture-perfect save against Arielle Ship! #CHIvUTA | 0-0 | #NWSL pic.twitter.com/0DXCU7zGi8